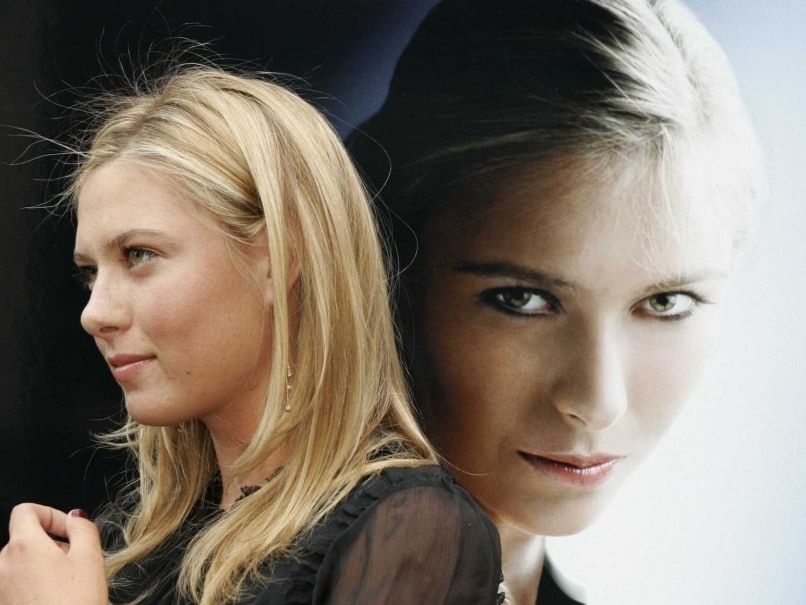 Maria Sharapova said she had been taking the drug for health problems on medical advice since 2006.© AP
Moscow:

Sportswear giant Nike, Swiss watch brand Tag Heuer and German luxury car company Porsche moved quickly to distance themselves from the five-time Grand Slam winner after she announced the positive test at a news conference in Los Angeles on Monday.

"We are saddened and surprised by the news about Maria Sharapova," Nike said in a statement. "We have decided to suspend our relationship with Maria while the investigation continues. We will continue to monitor the situation." (Russia Sports Minister Backs Maria Sharapova After Doping Failure)

TAG Heuer said its deal with Sharapova will not be renewed. The sponsorship expired at the end of 2015 and discussions had been taking place on how to extend it.

"In view of the current situation, the Swiss watch brand has suspended negotiations, and has decided not to renew the contract with Ms Sharapova," TAG Heuer said in a statement. (Maria Sharapova Fails Dope Test -- Who's Saying What)

Porsche said in a statement Tuesday that it has "chosen to postpone planned activities" with Sharapova "until further details are released and we can analyze the situation."

Sharapova said she failed a doping test at the Australian Open in January for the little-known drug meldonium, which became a banned substance under the World Anti-Doping Agency code this year. The former world No. 1 took full responsibility for her mistake and could face a lengthy ban from the International Tennis Federation, possibly ending her season and preventing her from competing for Russia at the Olympics in Rio de Janeiro.

"I know that with this, I face consequences," Sharapova said. "I don't want to end my career this way, and I really hope I will be given another chance to play this game."

The 28-year-old Sharapova said she has been taking meldonium, a blood flow-promoting drug, for 10 years for numerous health issues. Meldonium was banned because it aids oxygen uptake and endurance, and several athletes across international sports have already been caught using it.

Sharapova and all players were notified of the changes in the WADA banned substances list in December. Sharapova claimed she simply missed the change, neglecting to click on the link.

"I take great responsibility and professionalism in my job, and I made a huge mistake," Sharapova said. "I let my fans down. I let the sport down that I've been playing since the age of 4, that I love so deeply."

Sharapova is one of the top female players of her generation, with 35 career singles titles and over $36 million in career earnings. That earning potential is thought to be easily dwarfed by the earnings she generates from her commercial appeal.

Sharapova is thought to be the world's highest-paid female athlete due to endorsement deals and her extensive business ventures, including a high-profile candy line, Sugarpova. Forbes estimated her earnings at $29.5 million for 2015.

"She's a one-woman marketing machine," said Nigel Currie, an independent British-based sponsorship consultant. "There are lots of male stars in the world, but not many female stars."

Currie said it's "unbelievable" how such a mistake could have happened since Sharapova has such a big support network, adding that it's also "amazing" how quickly sponsors react.

"They are paranoid about their image, and the slightest risk to their image, they run to the hills," he said.