The South American defeated Russian Teimuraz Gabashvili 6-4, 6-4 and will now challenge the world number one and top seed who is aiming to stretch a 10-match win streak at the Bercy Arena and starting after a bye give to all 16 seeds. 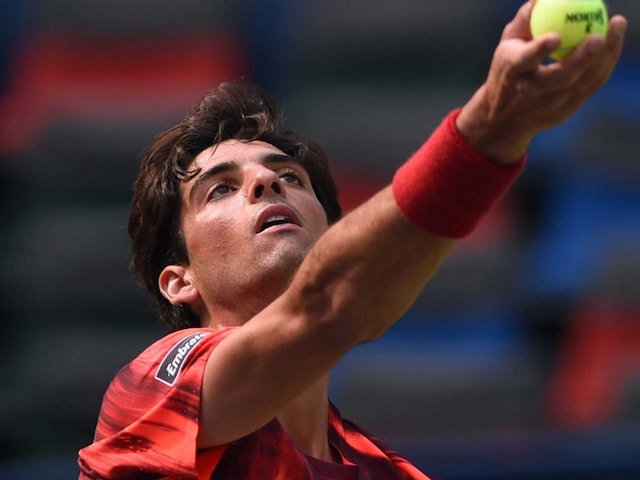 Novak Djokovic will open his campaign for a third consecutive Paris Masters title against Thomaz Bellucci after the Brazilian earned a first-round win on Monday.

The South American defeated Russian Teimuraz Gabashvili 6-4, 6-4 and will now challenge the world number one and top seed who is aiming to stretch a 10-match win streak at the Bercy Arena and starting after a bye give to all 16 seeds.

Seppi ambushed the Swiss in an Australian Open third-round upset - and Federer has been piling on the revenge wins ever since.

The 17-time Grand Slam champion beat Seppi in the Indian Wells third round and the final at Halle, Germany in June prior to Wimbledon.

Federer comes to Paris to play the last event of the ATP regular season riding a wave of confidence after his 6-3, 5-7, 6-3 defeat of Rafael Nadal at his home event in Basel on Sunday.

His sixth title of the season has got Federer keen to get stuck into Paris with the eight-man World Tour Finals in London looming from November 15.

"The confidence is good, no doubt about it," said Federer. "I had a good reaction this week after losing early in Shanghai.

"I needed to get back the feel of winning. At one point in the week I was quite tired, I was playing with a lot of pressure trying to get to the final four. But now I feel the best I have all week."

"The body has gotten used to match play again after all these weeks when I didn't have enough matches. Now I feel like Paris is not a problem anymore.

Young guns Dominic Thiem and Bernard Tomic also advanced to the second round.

Austria's Thiem beat the first of the Frenchman, sending Adrian Mannarino to the end of his season 6-2, 5-7, 6-2.

Mannarino complained of problems from a previous hip sprain, saying he started to feel pain early in the third set. "My level was not so bad even with the pain.

"The question is how bad is it. I had an examination in China which was not so clear."

Wawrinka holds a 5-1 record in the series, with the pair last playing in Davis Cup more than a year ago.

Comments
Topics mentioned in this article
Thomaz Bellucci Novak Djokovic Tennis
Get the latest Cricket news, check out the India cricket schedule, Cricket live score . Like us on Facebook or follow us on Twitter for more sports updates. You can also download the NDTV Cricket app for Android or iOS.