The Tennis Match-Fixing scandal has rocked the start of the Australian Open, with upto 16 of the top 50 players reportedly involved. 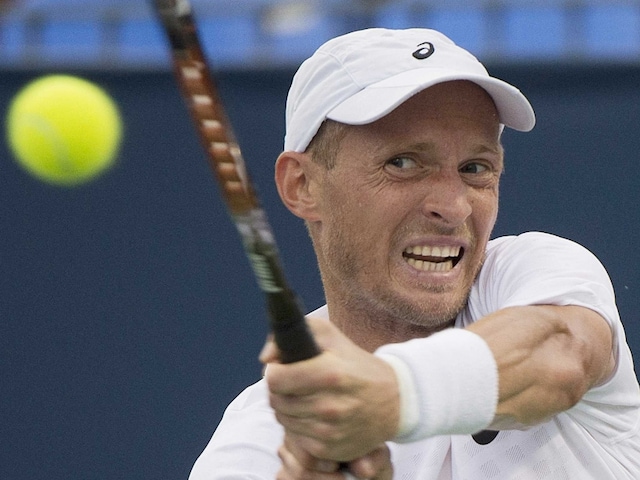 Nikolay Davydenko was accused of match-fixing against Argentina's 87th-ranked Martin Vassallo Arguello, which resulted in a 2008 probe.© AP

The match-fixing scandal has rocked the Tennis world just before the start of the 2016 Australian Open. The reports by the BBC and Buzzfeed allege that 16 out of the top 50 players of the past were involved in match-fixing. Here is a break-up of the allegations. (Tennis Authorities Deny Suppressing Match-Fixing Reports)

-- Tennis governing bodies were aware of a core group of 16 players in world's top 50 involved in match-fixing. None have been sanctioned

-- Eight of the 16 are playing in the Australian Open, the season's first Grand Slam, which began on Monday

-- Match-fixing is orchestrated by gambling syndicates in Russia and Italy who contact players in hotel rooms and offer $50,000 or more

-- The names of more than 70 players have appeared on nine leaked lists of suspected fixers, which were given to tennis governing bodies in the past 10 years

-- After a 2008 probe, which implicated 28 tour players, all were allowed to continue playing without sanction

-- Tennis Integrity Unit, which was set up to ensure fair play, admitted shelving the evidence of the 2008 report because a new integrity code they introduced afterwards "could not be enforced retrospectively"

Â -- The 2008 investigation wasÂ  triggered by a notorious match between the world number four, Russia's Nikolay Davydenko, and Argentina's 87th-ranked Martin Vassallo Arguello, which attracted millions of dollars in highly suspicious betting on long-odds underdog Arguello to win from accounts originating in Moscow

-- Davydenko was a set and a break up and cruising to victory when he pulled out injured. An investigation "was unable to find evidence"

Comments
Topics mentioned in this article
Nikolay Davydenko Tennis
Get the latest updates on IPL 2020, check out the IPL Schedule for 2020 and Indian Premier League (IPL) Cricket live score . Like us on Facebook or follow us on Twitter for more sports updates. You can also download the NDTV Cricket app for Android or iOS.