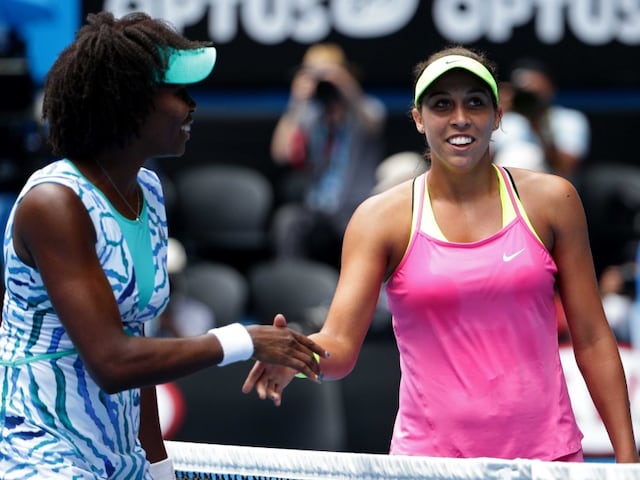 Keys said she had to beat nerves facing the 34-year-old Williams, who started her Grand Slam career when the teen was two years old, in her first quarter-final at a major.

"The moment's definitely sweeter being able to play Venus," the world number 35 said after a rollercoaster three setter.

"It's amazing, obviously I was very nervous coming out but I had to embrace the moment and I did and I get to enjoy another moment in the next round."

Keys, who is coached by former Australian Open champion Lindsay Davenport, had a lengthy time out in the second set and said she feared the return of an injury that ended her Wimbledon campaign last year.

"It wasn't as bad as Wimbledon but it was that nightmare of 'I don't want this to happen again' so it was a little overwhelming," she said.

Keys took a tight first set but was trailing 4-1 in the second when she had the lengthy medical timeout, with Williams going on to take the set.

The third was a see-sawing affair featuring four breaks of serve, with Keys finally winning in one hour 55 minutes when Williams netted a return on match point.

Comments
Topics mentioned in this article
Madison Keys Venus Williams Tennis
Get the latest Cricket news, check out the India cricket schedule, Cricket live score . Like us on Facebook or follow us on Twitter for more sports updates. You can also download the NDTV Cricket app for Android or iOS.