Rafael Nadal, a 14-time grand slam champion who won Wimbledon in 2008 and 2010, was dumped out by German qualifier Dustin Brown in the second round, the Spaniard's fourth reverse to a player ranked 100th or lower at the All England Club since 2011. 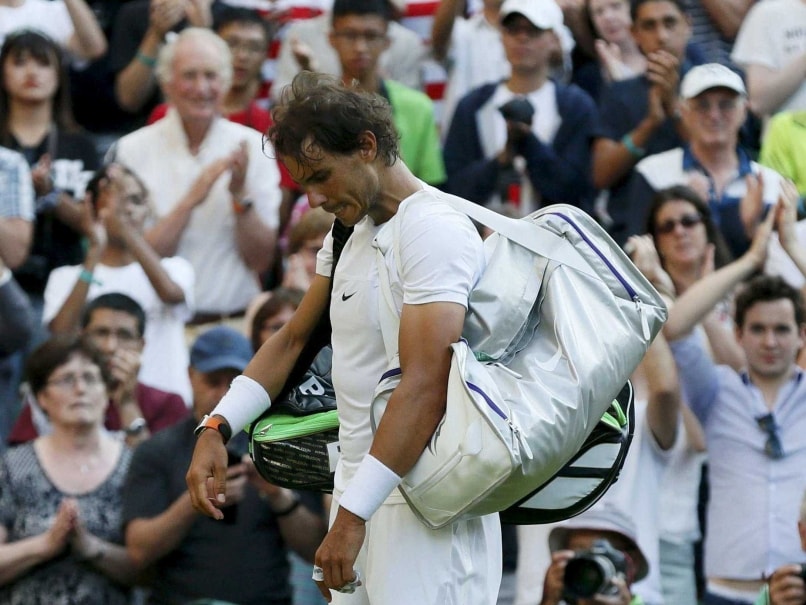 Rafa Nadal is likely to end the year without a grand slam singles title for the first time since his debut French Open crown in 2005 following his shock Wimbledon exit on Thursday, his uncle and coach Toni has conceded. (Nadal Crashes Out)

Nadal, a 14-time grand slam champion who won Wimbledon in 2008 and 2010, was dumped out by German qualifier Dustin Brown in the second round, the Spaniard's fourth reverse to a player ranked 100th or lower at the All England Club since 2011. (Brown Reveals Nadal Win Was Centre Court Debut)

Nadal, 29, has struggled since being sidelined by injury and illness last year and has only two relatively modest titles to his name in 2015 -- Stuttgart and Buenos Aires -- with September's U.S. Open the only major left on the calendar. (Nadal Crashes to New Wimbledon Low)

"I want to think that it can be done," Toni Nadal told Spain's Cadena Cope radio broadcaster late on Thursday when asked about his nephew's chances at Flushing Meadows. (Nadal Vows to Carry on)

"Right now, I am realistic and the chances we have are probably thin, because we have not been able to play well for a long time," he added.

"So it's difficult to think that we will do so at the U.S. Open but I think that it will happen at some point. I am confident there will be a tipping point and he will get his game back. (Brown Has Nadal's Number)

"He has been playing at a very good level for a long time and there is no clear reason for him to stop being good." (Brown Stays True to his Roots)

Nadal's 7-5 3-6 6-4 6-4 defeat to Brown had been "really painful" and was a surprise as the former world number one had been showing glimpses of his best in recent months and had been training well, his uncle said. (Rafael Nadal - Decline and Fall)

"The opponent scarcely gave him room to get into a rhythm... but at key moments he made too many errors which were not difficult shots," he added.

"Of course, if you lose a point here and a point there the match becomes more complicated. Above all, if you don't have the confidence in your head your shots lose security and direction.

"In the end, it's a bit of everything and what we have to do is recover as soon as possible."

Nadal has just over a month to find his form before the North American hardcourt swing begins with the ATP Masters 1000 event in Montreal, Canada.

Comments
Topics mentioned in this article
Rafael Nadal Dustin Brown Tennis
Get the latest updates on T20 World Cup, check out the T20 World Cup Schedule and Live Score . Like us on Facebook or follow us on Twitter for more sports updates. You can also download the NDTV Cricket app for Android or iOS.