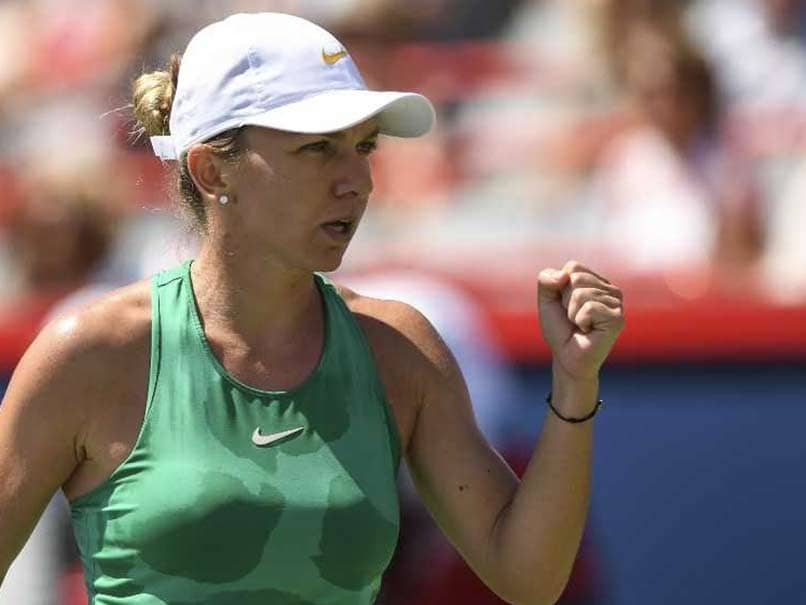 US Open winner Stephens will go against Halep on Sunday.© AFP

Sloane Stephens sent defending champion Elina Svitolina crashing out of the WTA Canada tournament in Montreal on Saturday to set up a rematch of the French Open final against Simona Halep. American third seed Stephens surged into Sunday's final against world number one Halep after overpowering Svitolina 6-3, 6-3 in the day's second semi-final. Stephens had dominated the first set, scoring two early breaks to race into a 4-0 lead against a hesitant Svitolina. Svitolina rallied briefly to get back to 5-3 but then handed Stephens another break and the first set when she sent a forehand wide.

The second set was a similar story, with Stephens going 3-1 up after an early break.

The 25-year-old from Florida then overcame a wobble in the fifth game, double-faulting three times before eventually holding for a 4-1 lead and closing out the set.

US Open winner Stephens will go against Halep on Sunday, having only beaten the Romanian twice in their previous eight meetings.

Halep, who defeated Stephens in three sets at Roland Garros in June, earlier cruised past Australia's Ashleigh Barty 6-4, 6-1 to book her place in the final.

Halep was in control from the outset against a nervous-looking Barty, whose challenge was undone by a string of unforced errors.

Barty was in trouble on her opening service game, an error giving French Open champion Halep a break point which she duly converted with a superb backhand crosscourt winner.

The next three games went with serve to leave Halep 3-1 up and the 26-year-old then bagged her second break in the fifth game when another Barty error let Halep off the hook to take the game to deuce.

A sensational backhand winner down the line gave Halep a breakpoint and when Barty limply returned into the net on the next exchange she found herself 4-1 down.

Barty grabbed a consolation break of serve to make it 4-2 but was unable to claw back another break as Halep took the first set 6-4.

Halep went for the jugular in the second set, opening with two quick breaks to take a 3-0 lead. Barty offered a flicker of resistance in the fourth game after earning three break points to go to 0-40.

But once again Halep's experience came to the fore and she fought back to deuce and saved another break point before holding for 4-0.

Both players then held before Halep soon took three match points at 0-40 in the seventh game.

Barty fought back to deuce to delay the inevitable, but Halep secured another break to reach her third Canadian final in four years.

Comments
Topics mentioned in this article
Sloane Stephens Simona Halep Tennis
Get the latest updates on IPL 2020, check out the IPL Schedule for 2020 and Indian Premier League (IPL) Cricket live score . Like us on Facebook or follow us on Twitter for more sports updates. You can also download the NDTV Cricket app for Android or iOS.