Halep, the number one seed and third-ranked female player in the world, dispatched number eight seed Bacsinszky 6-2, 6-2 in 62 minutes in the $500,000 tournament to score her ninth WTA title. 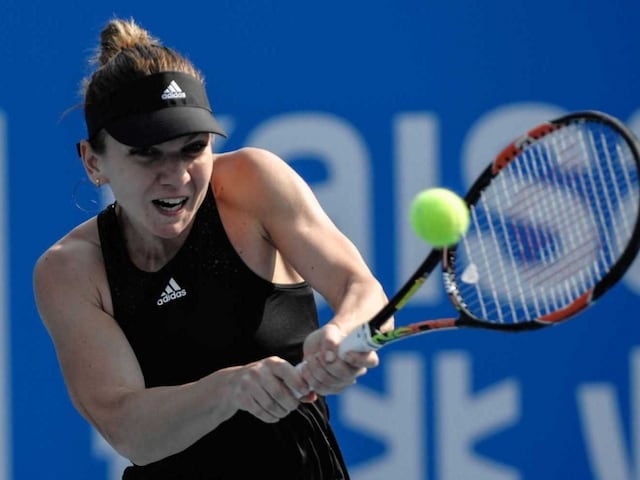 Halep, the number one seed and third-ranked female player in the world, dispatched number eight seed Bacsinszky 6-2, 6-2 in 62 minutes in the $500,000 tournament to score her ninth WTA title.

"I wasn't feeling very well before the match -- I was a little bit sick -- so I told myself I have nothing to lose, just go on court, be relaxed, stay focused and fight for every point," Halep said in remarks posted on the WTA website.

"It worked and I felt really relaxed today," she said. "I'm happy I could play better day by day and match by match here.

"I'm looking forward to playing like today in the next tournament, maybe even better."

Bacsinszky, the world number 47, upset double Wimbledon winner Petra Kvitova on Friday to secure a ticket to the championship match, her first WTA final since 2010.

Kvitova of the Czech Republic was the second seed in the tournament and is ranked fourth in the world.

She was trying to make her third final in China in a row, after winning the inaugural Wuhan Open and losing to Maria Sharapova in the decider of the China Open last autumn.

Comments
Topics mentioned in this article
Simona Halep Timea Bacsinszky Tennis
Get the latest Cricket news, check out the India cricket schedule, Cricket live score . Like us on Facebook or follow us on Twitter for more sports updates. You can also download the NDTV Cricket app for Android or iOS.