Five-time champion Serena Williams came from a set down to beat unseeded Heather Watson of Great Britain 6-2, 4-6, 7-5 in the third round. 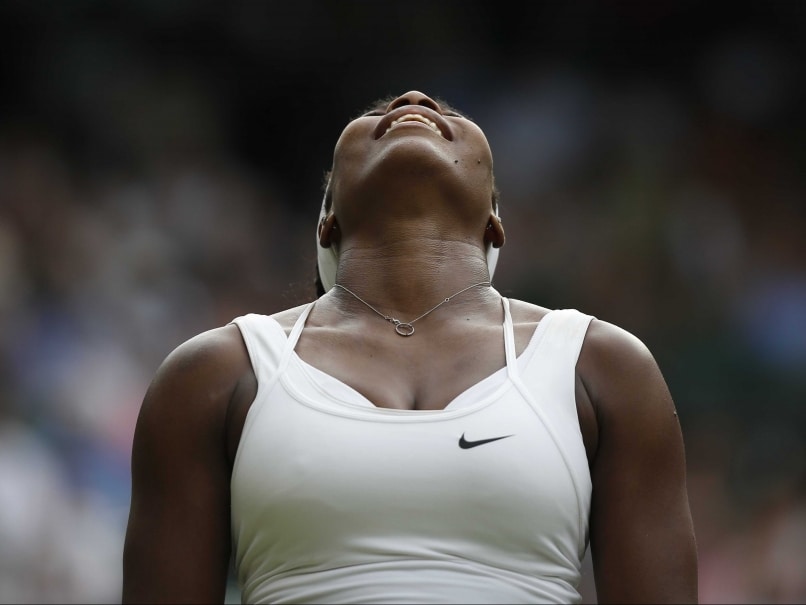 Serena Williams set up a titanic Wimbledon fourth round showdown with sister Venus as the world number one staged a dramatic final set fightback to beat Britain's Heather Watson 6-2, 4-6, 7-5 on Friday.

Williams, bidding for a sixth Wimbledon title and a calendar Grand Slam, was on the brink of a humiliating third round exit when Watson served for the match at 5-4 in the final set. (Sharapova Strolls Into Last 16)

But Serena, who had trailed 3-0 in the decider, showed why she has won 20 Grand Slam titles as she broke back before finally sealing an epic escape in two hours and 14 minutes in front of an enthralled Centre Court.

The 33-year-old American will face Venus on Monday for the first time in a Grand Slam since beating her in the 2009 Wimbledon final. (Djokovic Cruises Into Fourth Round)

The sisters' last meeting came in 2014 when Venus won in Montreal, but Serena holds a 14-11 advantage over the 35-year-old in their career head to head. (Defiant Nick Kyrgios Won't Change Volatile Style)

Comments
Topics mentioned in this article
Serena Williams Heather Watson Tennis
Get the latest updates on ICC T20 Worldcup 2022 and CWG 2022 check out the Schedule, Live Score and Medals Tally. Like us on Facebook or follow us on Twitter for more sports updates. You can also download the NDTV Cricket app for Android or iOS.