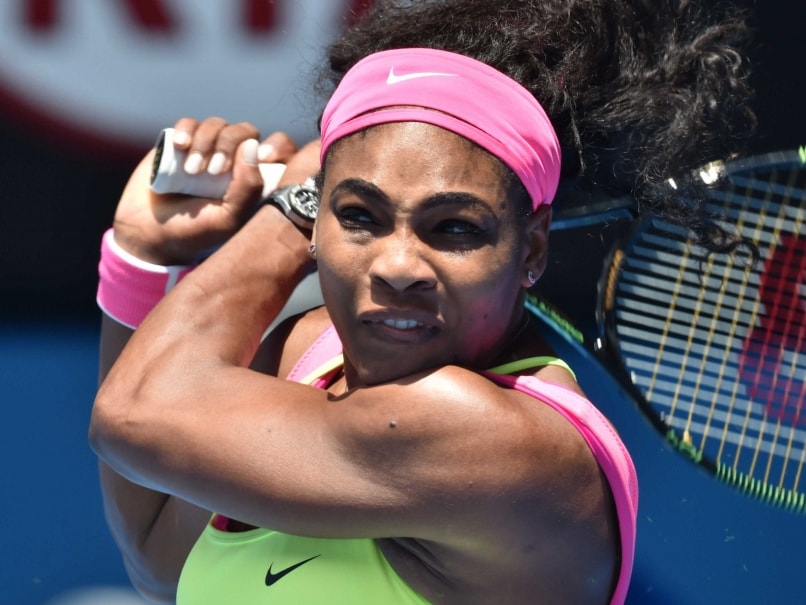 Unlike her earlier sluggish matches, Serena was in the zone from the off against the dangerous Slovak, a steely look in her eyes as she walked onto Rod Laver Arena soon after Venus lost to Keys.

The powerful world number one blasted 15 aces to pummel the 11th seed 6-2, 6-2 in just over an hour and make her 26th Grand Slam semi-final. She has gone on to win 18 major titles.

"I knew that I had to beat her today because she was in the final and she plays really well on this court so I'm really happy to go through," said Serena, who has been battling a cold and could barely talk.

The unseeded Keys, 19, is the tournament surprise package, battling hard to beat a resurgent Venus 6-3, 4-6, 6-4 and end any chance of the sisters meeting in a Grand Slam semi for the first time since Wimbledon 2000.

Keys did the job despite carrying a left thigh injury, needing a medical timeout in the second set for treatment.

Among the men, Andy Murray and Tomas Berdych are already safely into a semi-final showdown after beating Nick Kyrgios and Rafael Nadal respectively on Tuesday.

Aiming to join them is world number one Novak Djokovic, who is gunning for a fifth Australian title and meets the challenge of big-serving Canadian Milos Raonic later Wednesday.

The Serbian top seed has a 4-0 record against Raonic and has been in fine touch.

In an ominous sigh for Keys, Serena, chasing her sixth Australian title, has made the semis in Melbourne five times before and gone on win the championship on each occasion.

Keys is seen as one of the new generation to take up the mantle from the Williams sisters and Venus was generous in her praise.

"I give a lot of credit to her because she really set her points up. She was swinging freely. Most of them went in for her," said the 34-year-old, a childhood idol of Keys.

Despite the defeat, Venus is expected to move as high as 11 in the world rankings following her best run at a Grand Slam since 2010 coupled with winning the lead-up Auckland Classic.

She said it was an encouraging start to her year.

"It's definitely been a great last four weeks. A lot of match wins, a lot of momentum, just a lot of great things happening that everybody wants to happen in their career."

Comments
Topics mentioned in this article
Serena Williams Dominika Cibulkova Tennis
Get the latest updates on IPL 2021, IPL Points Table , IPL Schedule 2021 , live score . Like us on Facebook or follow us on Twitter for more sports updates. You can also download the NDTV Cricket app for Android or iOS.