World number 1 Serena Williams and her arch-rival Maria Sharapova have bounced back from rather rickety starts to register strong performances in Australian Open. They now may face off against each other in the final. 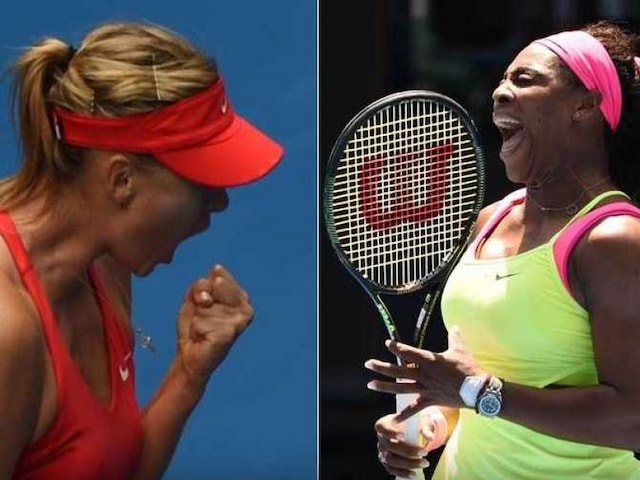 Top seed Serena Williams remains on a collision course with arch-rival Maria Sharapova after rampaging into the Australian Open semi-finals on Wednesday.

The other semi-final clash on Thursday is an all-Russian affair between second seed Sharapova, who owns five Grand Slam titles, and Ekaterina Makarova, seeded tenth. (Also read: The phone call that turned around Sharapova's game)

Both star players have hit top form as the tournament progresses and are hot favourites to advance to Saturday's final.

Williams, 33, is contesting her 26th Slam semi-final after pummelling Cibulkova 6-2, 6-2, while it is 19-year-old Keys' first experience of the final four in a major.

The world number 35 showed her talent with a 6-3, 4-6, 6-4 quarter-final win to end Venus Williams' stirring return to the Grand Slam big time but aggravated a long-standing thigh injury during the bruising encounter.

Williams tipped Keys as a future Slam champion, but will be conceding nothing on court to an opponent who stopped her and Venus facing each other at a major sice 2010.

"Obviously, this is her first semi-finals. I'm sure there's going to be many more, including Grand Slam wins, for Madison," she said of the big-serving baseliner, who is coached by former great Lindsay Davenport.

The pair have never played before and Williams must win to claim a 19th title that would put her a clear second on the all-time Open Era winners' list and ensure she retains the world number one spot.

Williams has made the Australian semis five times before and always gone on the claim the title.

Sharapova, who triumphed at Melbourne Park in 2008 and has lost the final twice, goes into her semi-final with a 5-0 record over Makarova, including two quarter-finals at the Australian Open (2012 and 2013).

The 27-year-old insisted "there's no secrets" in Makarova's game but is wary of the threat from an underdog playing with no pressure.

"That's always a tricky situation because she's going to come into that match free and almost happy to be in that situation, and that's dangerous," she said.

Sharapova, who brushed aside Canadian rising star Eugenie Bouchard to make the semis, said the left-handed Makarova's serve could also be a problem.

"I haven't faced a lefty in this tournament yet. She's been using her lefty serve extremely well from what I've seen. I'll be looking out for that, work on a few things," she said.

The 26-year-old Makarova has broken into the top 20 and reached the 2014 US Open semis since she last played Sharapova and world number three Simona Halep warned that her game had matured.

"I was expecting she will hit more stronger, but she didn't. She played very soft tennis," said the Romanian, who was humiliated 6-4, 6-0 by the quietly spoken Russian in their quarter-final. "She opened the angles very well. So was a different game."

Makarova, the only semi-finalist not to drop a set on the way to the last four, was full of praise for Sharapova's never-say-die attitude as she seeks to make her first ever Grand Slam final.

"I never beat her, so it will be tough. Definitely she's a great fighter," she said.

Comments
Topics mentioned in this article
Maria Sharapova Serena Williams Madison Keys Ekaterina Makarova Tennis
Get the latest Cricket news, check out the India cricket schedule, Cricket live score . Like us on Facebook or follow us on Twitter for more sports updates. You can also download the NDTV Cricket app for Android or iOS.