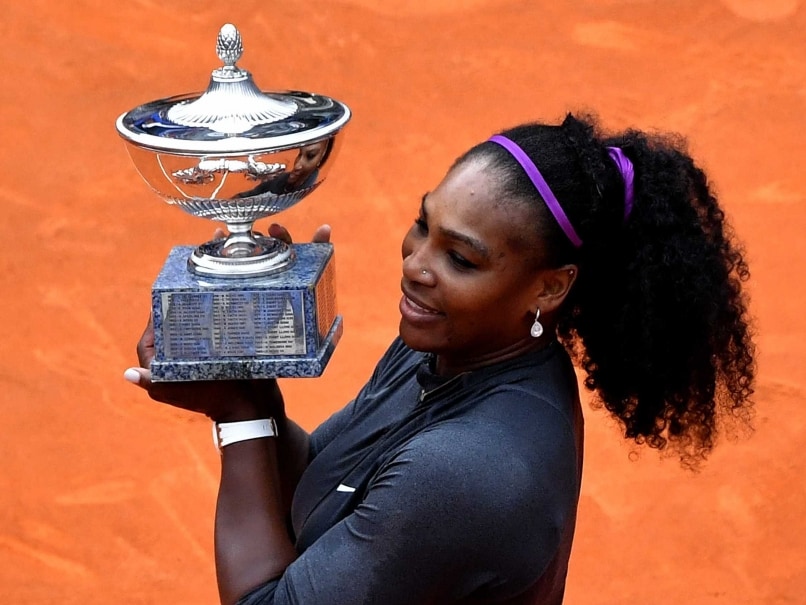 Serena Williams' previous title came in Cincinnati in August - a month before her attempt at a calendar-year Grand Slam ended with a semifinal loss to Roberta Vinci at the US Open.© AFP

Serena Williams ended a nine-month title drought with a 7-6 (5), 6-3 win over Madison Keys in an all-American Rome Masters final on Sunday.

Williams' previous title came in Cincinnati in August - a month before her attempt at a calendar-year Grand Slam ended with a semifinal loss to Roberta Vinci at the US Open.

It's Williams' fourth title in Rome and it comes exactly a week before the French Open begins.

It was the first time two American women have met in a final on clay since Serena beat older sister Venus in the 2002 French Open.

The last all-American final in Rome was in 1970, when Billie Jean King beat Julie Heldman.

In the men's tournament, top-ranked Novak Djokovic was facing Andy Murray in a rematch of last week's Madrid Open final.

It was the 70th title overall in Serena's career.

The 21-year-old Keys was playing in the biggest final of her career. She posted personal best results at all four majors last year, including reaching the Australian Open semifinals and the Wimbledon quarterfinals.

The 24th-ranked Keys broke Serena at love in the opening game of the match and hit six aces in her opening two service games to take a 3-1 lead.

As Serena became more aggressive, however, Keys hit two double faults to hand the break back, making it 3-3.

In the tiebreak, Serena took control with a wicked cross-court forehand that Keys couldn't get back then closed it out on her first set point with a big serve out wide that Keys returned long.

After taking the first set, Serena pumped her fists and yelled to herself, "'Come on!'"

In the second set, Serena's only real trouble came when she was broken while serving for the match at 5-2. But she quickly ended it the next game, concluding the tournament without dropping a set.

Serena hit only 13 winners to Keys' 17 but had fewer unforced errors - 24-32 - and converted five of her six break-point opportunities.

Serena improved to 16-0 against Americans since losing to Venus in the Montreal semifinals in 2014. Her last loss to an American in a final came against Venus at Wimbledon in 2008.

Comments
Topics mentioned in this article
Serena Williams Madison Keys Tennis
Get the latest updates on IPL 2020, check out the IPL Schedule for 2020 and Indian Premier League (IPL) Cricket live score . Like us on Facebook or follow us on Twitter for more sports updates. You can also download the NDTV Cricket app for Android or iOS.