Sania Mirza has been out of action from tennis since before her son was born but has said she'll be returning soon. 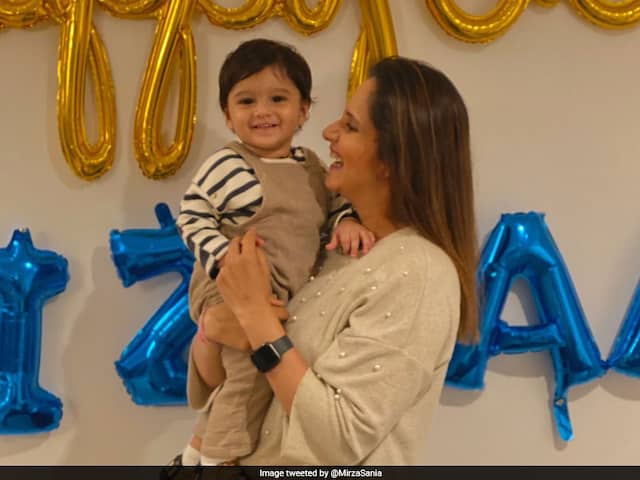 Sania Mirza won over the Internet with one of her photographs with son Izhaan, who turned a year-old on October 30. "So much to be thankful for, but most of all you my little sunshine #izzy," Sania Mirza tweeted along with the picture that looked like a throwback from Izhaan's first birthday party. The fans on twitter flooded the post with heartwarming messages for baby Izhaan and the Indian tennis star, who will return to competitive tennis at the Hobart International in January after two years of maternity break.

So much to be thankful for but most of all you my little sunshine #izzy pic.twitter.com/qKZRT8DVXm

The 33-year-old last played competitive tennis at the China Open in October 2017. She will team up with Ukraine's Nadiia Kichenok, ranked 38 in the WTA doubles chart, for the Hobart International.

"I am playing in Hobart, then I am playing the Australian Open," Sania was quoted as saying by news agency PTI.

Sania added that she had experienced "a lot of change" after having a baby.

On Izhaan's first birthday, Sania had shared a video of her sister, Anam Mirza, playing with the little boy.

In the video, Izhaan, who is sitting on Anam Mirza's lap, is seen playing with her ring. "How old are you going to turn?" asks Anam. Izhaan immediately looks up, a beaming smile on his face, and then excitedly raises his index finger, signalling his age.

Comments
Topics mentioned in this article
Sania Mirza Tennis
Get the latest Cricket news, check out the India cricket schedule, Cricket live score . Like us on Facebook or follow us on Twitter for more sports updates. You can also download the NDTV Cricket app for Android or iOS.
Advertisement