Sania Mirza and Martina Hingis lost 2-6, 6-4, 10-5 to Russian pair Elena Vesnina and Daria Kasatkina in the quarterfinals of the Qatar Open, bringing an end to their 41-match unbeaten streak. 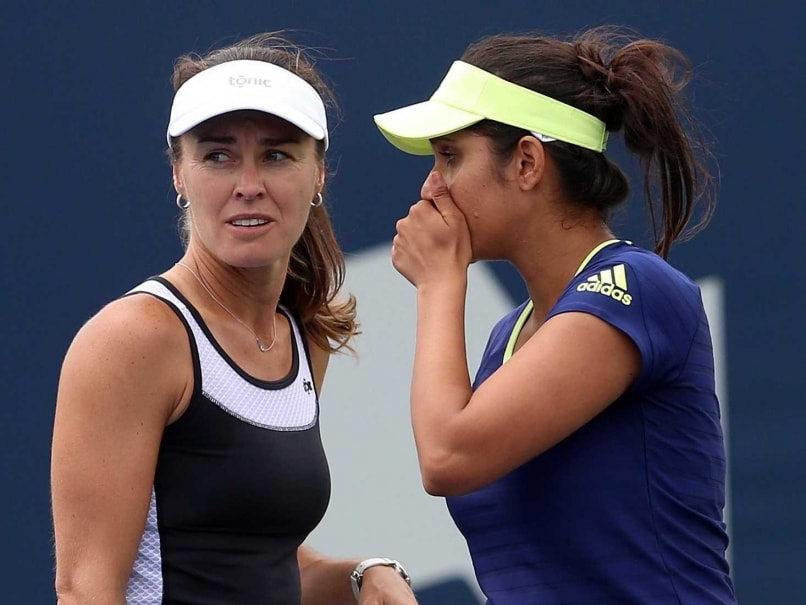 Prior to the Qatar Open, Sania Mirza and Martina Hingis last lost in Cincinatti in August 2015.© AFP
Doha:

Sania and Hingis lost 2-6, 6-4, 10-5 to Russian pair Elena Vesnina and Daria Kasatkina late Thursday night. (Sania Says It's Too Early to Make a Call on Partner at Rio Olympics)

Prior to the defeat in Doha, the previous time the pair, who have won three doubles Grand Slams in a row, had lost was way back in Cincinatti last August.

The all-conquering pair had already shown signs they were struggling this week in Doha, having edged through the previous round in three sets against an unseeded Chinese pairing.

But their luck finally ran out against the Russians despite a dominant first set performance. After defeat, Sania promised to come back stronger.

Prior to Qatar, their form this year has been magnificent and the Indo-Swiss pairing have already won four titles, including titles in Brisbane and St. Petersburg, as well as the Australian Open.

That was their third Grand Slam in a row after Wimbledon and the US Open.

The pair are expected to try and make clean sweep of the major titles later this year at the French Open.

Defeat for Hingis and Mirza came just hours after men's world number one Novak Djokovic saw his run of 17 consecutive finals end at nearby Dubai when he quit his quarterfinal with an eye infection.

Comments
Topics mentioned in this article
Sania Mirza Martina Hingis Elena Vesnina Tennis
Get the latest updates on India vs Australia Series, check out the India vs Australia Schedule for 2020-21 and Ind vs Aus live score . Like us on Facebook or follow us on Twitter for more sports updates. You can also download the NDTV Cricket app for Android or iOS.