It will be Sania Mirza's first match after the Olympics and her split with fellow World No.1 Martina Hingis. 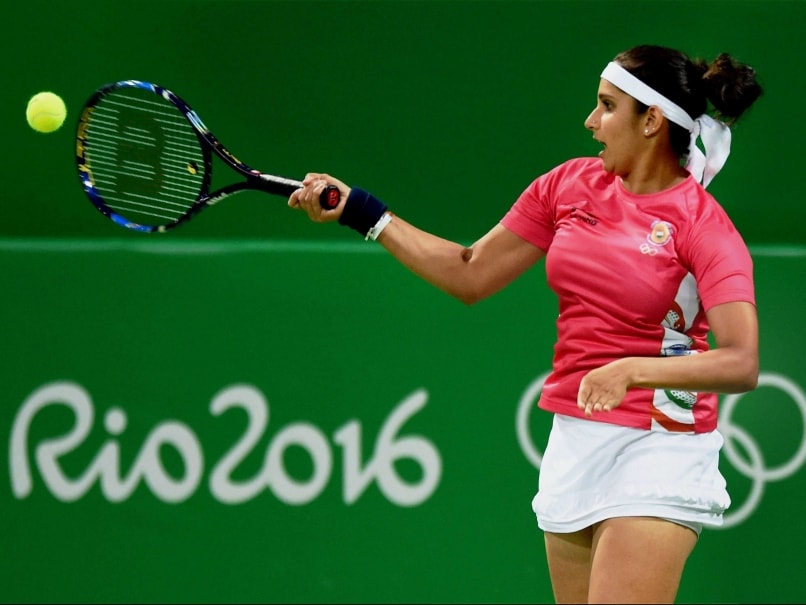 Sania Mirza returned home from the Rio Olympics without a medal.© PTI

Indian tennis star Sania Mirza and her new Czech partner Barbora Strycova have been seeded seventh at the WTA Western and Southern Open, one of the two events in tune-up to the US Open.

It will be Sania's first match after the Olympics and her split with fellow world number one Martina Hingis, who has now teamed up with American Coco Vandeweghe.

Sania and Strycoca, world number 20 in singles, open their campaign against Darija Jurak from Croatia and Australia's Anastasia Rodionova.

Hingis and Vandeweghe, ranked 33rd in singles, are seeded fourth and have got a first round bye.

In the men's event, to be held simultaneously, India's Rohan Bopanna and his Romanian partner Florin Mergea are seeded seventh and have got a first round bye.

Bopanna is the only Indian competing in the men's draw.

Comments
Topics mentioned in this article
Martina Hingis Sania Mirza Rohan Bopanna Tennis
Get the latest updates on India vs Australia Series, check out the India vs Australia Schedule for 2020-21 and Ind vs Aus live score . Like us on Facebook or follow us on Twitter for more sports updates. You can also download the NDTV Cricket app for Android or iOS.