Samantha Stosur, Victoria Azarenka Into US Open Third Round 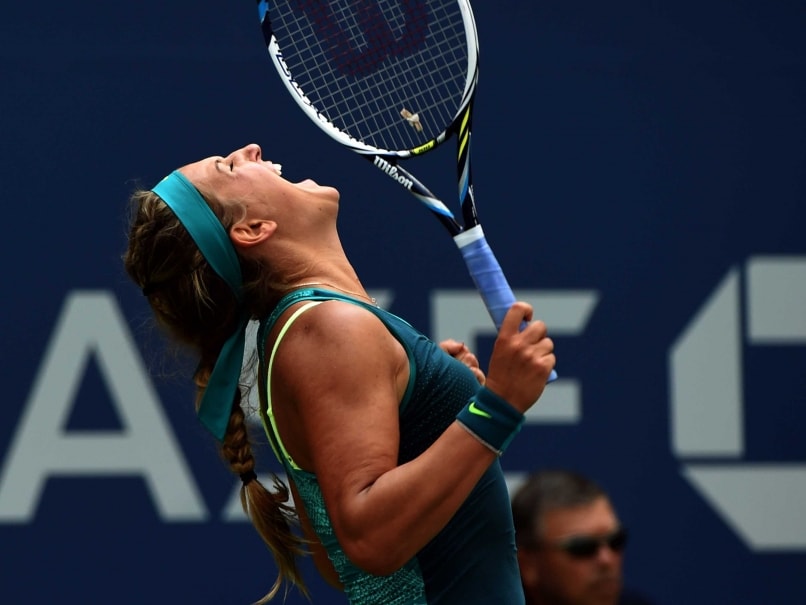 Samantha Stosur, the last woman to beat Serena Williams at the US Open four years ago, and two-time runner-up Victoria Azarenka made the third round Thursday. (Click here for latest Tennis stories)

Australian 22nd seed Stosur breezed past Russia's Evgeniya Rodina -- one of two mothers to have reached the second round -- 6-1, 6-1.

Stosur, 31, fired eight aces with no double faults and hit 29 winners in her quickfire win, which gave her a third-round encounter against Italian 16th seed Sara Errani.

Despite the victory, Stosur hit out at organisers, who she claims have blundered over transport for players as well as practice court arrangements.

Stosur said she was forced to switch courts on Wednesday when Serena Williams needed a place to practice.

"She kicked me off my practice court. A few issues," said the Australian.

The Belarusian, playing in just her 13th tournament of an injury-hit season, saw off 2009 semi-finalist Yanina Wickmayer of Belgium, 7-5, 6-4.

"She doesn't give you much time. She came out firing and I had to fight and dig deep," said the 26-year-old.

Later Thursday, five-time champion Roger Federer and 2012 winner Andy Murray head the line-up on while 2001 champion Lleyton Hewitt could play his final match at the tournament.

World number two Federer, who reigned supreme in New York from 2004-2008 and was runner-up in 2009, faces Belgium's Steve Darcis, the man who dumped Rafael Nadal out of Wimbledon in the first round in 2013.

Federer, 34, bidding to become the oldest men's champion since Ken Rosewall in 1970 and clinch an 18th major, breezed through his opener against Leonardo Mayer in just 77 minutes on Monday.

The 31-year-old Darcis is bidding to make the third round of a major for the first time. Federer has never lost before the fourth round in New York.

Murray, the third seed, got past controversial Australian Nick Kyrgios in four sets in his first round.

The 28-year-old Scotsman takes on French world number 35 Adrian Mannarino, a left-hander who has twice made the third round.

Murray won their only other previous meeting at Indian Wells this year in straight sets.

Hewitt, who made his New York bow in 1999, faces fellow Australian and Davis Cup teammate Bernard Tomic, the 24th seed.

It will be Hewitt's 60th and last career match at the tournament if he loses, as he has already announced he will retire after next year's Australian Open.

"Just awkward. That's the only thing to summarise that," said Hewitt on facing his compatriot, who will line up with him at the Davis Cup semi-final against Britain later this month.

In the women's draw, second seed Simona Halep faces Ukraine qualifier Kateryna Bondarenko, who is playing the US Open for the first time since 2012 after taking time out to have her first baby.

Fourth-seeded Caroline Wozniacki, the 2009 and 2014 runner-up, plays Petra Cetkovska of the Czech Republic.

Comments
Topics mentioned in this article
Victoria Azarenka Samantha Stosur Tennis
Get the latest updates on IPL 2021, check out the IPL 2021 Schedule and Indian Premier League Live Score . Like us on Facebook or follow us on Twitter for more sports updates. You can also download the NDTV Cricket app for Android or iOS.