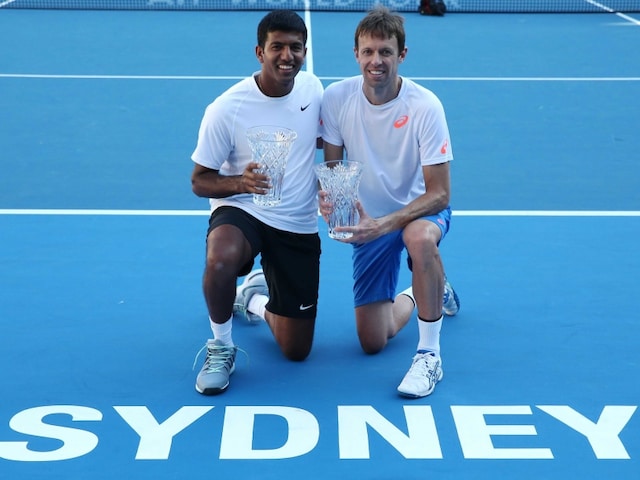 The match was closely fought as both teams found it difficult to their opponents' serve in the initial stages. But the Indo-Canadian pair was able to sneak ahead at the crucial juncture of the contest, breaking their opponents' fifth service game to claim the first set 6-4.

The second set proceedings were similar to the opening set with both teams holding onto their serves and it required a tie-break to determine the winner of the second set.

The Indo-Canadian pair edged the tie-break 7-5 to clinch the set and the contest in 85 minutes.

"We played a few tournaments at the end of last year to prepare for this year as well as we could and things didn't go as well, but I think right now we're clicking," said Nestor.

"I enjoy playing with Rohan, he's a big hitter, he serves great, and he's one of those guys who's really intimidating to play against so I'd rather be on the same side as him as opposed to playing against him.

We beat some pretty good teams here (in Sydney) so we're playing well. Hopefully we can carry it on to the Australian Open."

Comments
Topics mentioned in this article
Rohan Bopanna Daniel Nestor Tennis
Get the latest Cricket news, check out the India cricket schedule, Cricket live score . Like us on Facebook or follow us on Twitter for more sports updates. You can also download the NDTV Cricket app for Android or iOS.