Roger Federer, a lifelong admirer of the All England Club's traditions, has ramped up his criticism of the rule which demands predominantly white outfits. 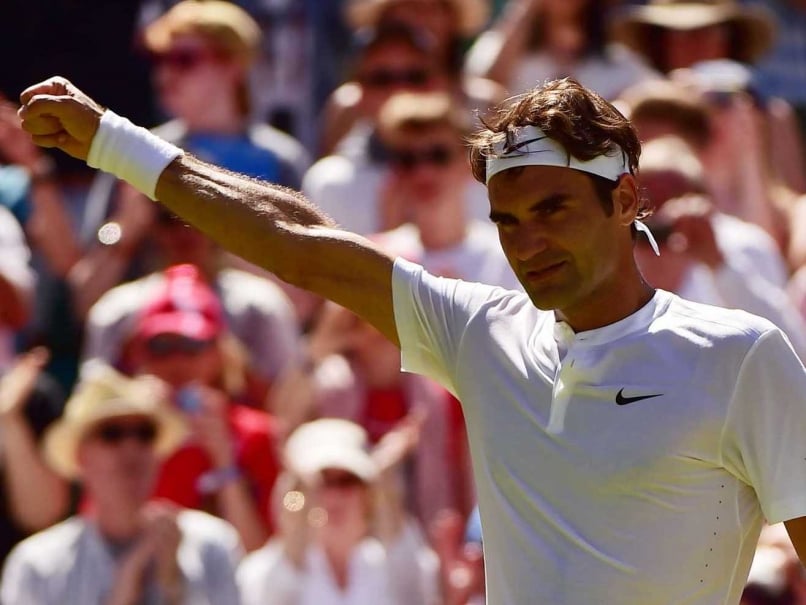 Wimbledon's famously strict dress code, which requires competitors to appear head-to-toe in white playing gear, has come under renewed fire for being "ridiculous" and "excessive".

Even Roger Federer, the seven-time champion and a lifelong admirer of the All England Club's traditions, has ramped up his criticism of the rule which demands predominantly white outfits.

"I love Wimbledon but they've gone too far now. The rules have become ridiculously strict," said the Swiss legend. (Invigorating or Infuriating, and Definitely Indiscreet)

It is the second time in two seasons that Federer has hit out at the rule which calls for "suitable tennis attire that is almost entirely white".

"My personal opinion, I think it's too strict. If you look at the pictures of Edberg, Becker, there was some colours, you know, but it was 'all white'."

Last year Caroline Wozniacki said reports that officials would check the colour of women's underwear as "a little creepy".

"I didn't even get married in white," she said.

Mattek-Sands once appeared on Wimbledon Centre Court wearing a coat made of tennis balls and has also taken to a court with warpaint beneath her eyes.

She claims a Nike-designed white playing bra was judged to be unsuitable at Wimbledon because it had a yellow stripe.

"I think it's gotten a little excessive. It was funny, because I was actually Googling some players like when John McEnroe played, Arthur Ashe, they had colour everywhere," said Mattek-Sands who makes a mini-statement by appearing on court with knee-high white socks.

"I feel it's actually gotten stricter. You can't even wear off-white or cream. I was like, man, if you wash your whites too many times, they will be illegal. Better be washing it in cold water.

"I had a little mesh on my shirt today (in Wednesday's win over Ana Ivanovic). I have like I think one legal pair of shorts that is on rotation hopefully in cold water. One skirt I think that's legal." (At Slam Events, Players Prefer Other Four-Letter Words)

Mattek-Sands, 30, would never be one to settle for the ordinary when it comes to fashion choice.

When she married insurance executive Justin Sands in 2008, she walked down the aisle in black.

"I actually wore a black dress. When I went shopping for it, they wanted me to try some stuff on, and I said, Look, I'm not going to wear anything white, off-white, cream, light pink, I said, so just don't even hand me those," she recalled.

"They're like, Well, we have this black evening gown. I'm like, Perfect. First one I tried and got that one."

Comments
Topics mentioned in this article
Roger Federer Bethanie Mattek-Sands Tennis
Get the latest updates on IPL 2021, IPL Points Table , IPL Schedule 2021 , live score . Like us on Facebook or follow us on Twitter for more sports updates. You can also download the NDTV Cricket app for Android or iOS.