Roger Federer will play the winner of the tie between France's Jo-Wilfried Tsonga and Croatia's Milos Raonic after receiving a bye in the first round. 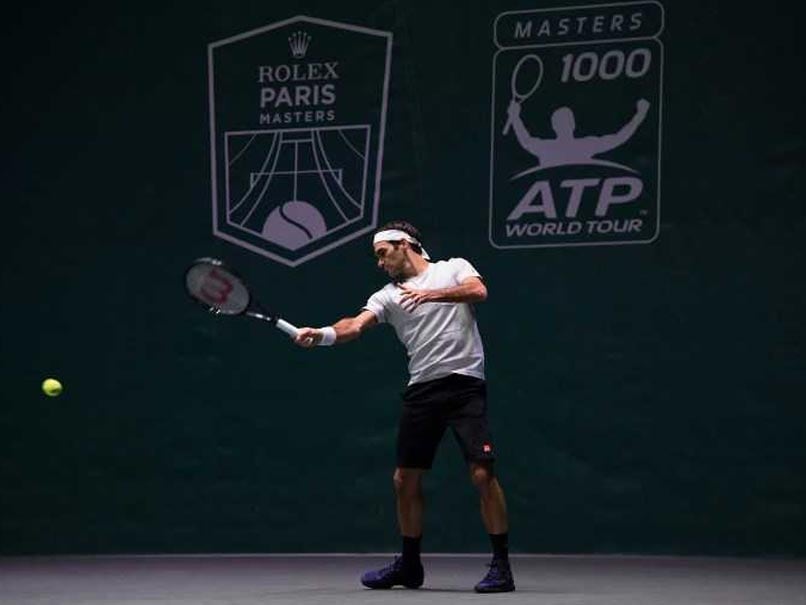 Roger Federer will take part at this year's Paris Masters after a three-year absence.© AFP

Roger Federer on Tuesday confirmed his participation at this year's Paris Masters after a three-year absence. The Swiss world number three will play the winner of the tie between France's Jo-Wilfried Tsonga and Croatia's Milos Raonic on Wednesday after receiving a bye in the first round. "I prefer playing to training as long as I don't take any risks ahead of the London Masters, (November 11-18)," Federer said. "I feel like I've recovered well after last week. I feel good today (Tuesday)," he added after winning the Swiss indoor championships in Basel on Sunday.

Federer's only tournament victory in Bercy came in 2011. On his last appearance in 2015 he was knocked-out by American Jon Isner in the Round of 16.

For the French, hopes of success were dented when Pierre-Hugues Herbert, Jeremy Chardy and Benoit Paire were knocked-out in the first round on Tuesday.

The 56th-ranked Paire made the opening round through the qualifiers but lost 6-4, 6-4 to Hungary's Marton Fucsovics.

Meanwhile, Kyle Edmund was forced to end his season on Tuesday as the British number one withdrew from the Paris Masters with a knee injury.

Edmund has been advised to rest after scans showed a small amount of fluid behind his left knee.

The 23-year-old hopes to recover in time for the start of the 2019 season.

It has been a breakthrough year for world number 15 Edmund, who won his first ATP Tour title and also reached the semi-finals of the Australian Open in January.

Edmund, whose record is 36-21 for the year, had still been in the race for a place as an alternate at the ATP Tour Finals in London next month before pulling out of the Paris Masters.

Comments
Topics mentioned in this article
Roger Federer Milos Raonic Jo-Wilfried Tsonga Tennis
Get the latest updates on IPL 2021, check out the IPL 2021 Schedule and Indian Premier League Live Score . Like us on Facebook or follow us on Twitter for more sports updates. You can also download the NDTV Cricket app for Android or iOS.