Angelique Kerber is the number one seed in Qatar Open and she is expected to face stiff competition from the likes of Simona Halep and defending champion Lucie Safarova. 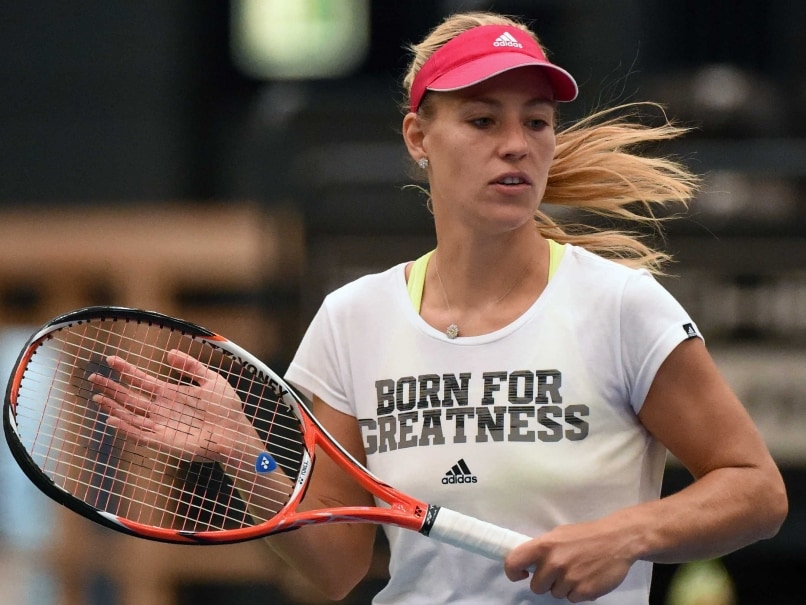 The tournament may have been denied its two biggest stars with Serena Williams and Maria Sharapova pulling out because of illness and injury but it is notable this year for those stars returning to action -- not only Kerber but also defending champion Lucie Safarova back on court after a long illness.

Kerber is the number one seed in Doha and now the tournament's biggest draw.

"I'm feeling good to be on the court, to be playing tennis, yeah," the German told reporters.

"I have a lot of confidence from the last weeks. So I'm just looking forward to playing the next matches on court."

The 28-year-old is pleased that her first Grand Slam win did not come at the beginning of her career as she is better equipped to handle her new found fame and the pressure.

"I think for me personally, it's the right time that I won my first Grand Slam now because I'm four years in a row in the top ten," she said.

"When you win your first Grand Slam when you're 18 or 19, you don't know what is coming or how many things are coming to you.

"Right now, I think it's the best time for me personally to have the success or the biggest moment in my career. I hope that a lot of more good and big wins are still coming."

Kerber's main competition in Doha is likely to come from Simona Halep, the number two seed from Romania, who has recently admitted that Kerber's victory in Melbourne is an inspiration for players like her looking for their first Grand Slam.

The Czech has had an awful time with her health after losing to Williams in the French Open final last year and said she would take recovery "step by step".

"I have been out for a long time with a sickness," she said.

"It's been a while since I've been on court. For me, the most important thing is to have a good start, a good match, and we will see where I can go. We will take it step by step.

She added: "Basically it started at the US Open. Since then I've been struggling three months with a bacterial infection. I came back, played a couple tournaments and the WTA Championships.

"Since then, I've been off again with reactive arthritis for another, like almost, three months. It's been a long time struggling.

"I've been improving a lot lately. I've been here for two weeks training. I feel good. I feel back to where I was and I'm excited."

Comments
Topics mentioned in this article
Angelique Kerber Lucie Safarova Simona Halep Tennis
Get the latest updates on IPL 2021, check out the IPL 2021 Schedule and Indian Premier League Live Score . Like us on Facebook or follow us on Twitter for more sports updates. You can also download the NDTV Cricket app for Android or iOS.