Rezai to work with new coach on temporary basis

France's tennis federation says Aravane Rezai will work with coach Alexia Dechaume in the buildup to the French Open. 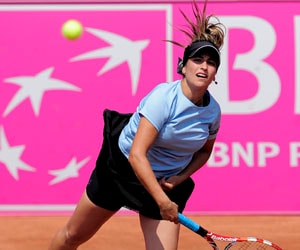 France's tennis federation says Aravane Rezai will work with coach Alexia Dechaume in the buildup to the French Open.

The 24th-ranked Rezai has been without a coach for several weeks and the federation says it wants to support a player "who is currently living through hard times."

Rezai was part of the French team relegated from the Fed Cup World Group for the first time after losing to Spain 4-1 over the weekend.

The federation says Rezai showed she "hasn't lost her talent at all" against the Spaniards and decided to provide her with a coach and a physical trainer to prepare for the French Open from May 17-June 5.

Rezai has won four WTA titles but hasn't advanced past the third round at a tournament this season.

Comments
Topics mentioned in this article
Tennis Arnaud Clement Aravane Rezai Jeremy Chardy
Get the latest updates on IPL 2021, check out the IPL 2021 Schedule and Indian Premier League Live Score . Like us on Facebook or follow us on Twitter for more sports updates. You can also download the NDTV Cricket app for Android or iOS.