Lleyton Hewitt called match-fixing allegations a "joke" and an "absolute farce" after an anonymous online blog linked his name to the explosive report which has overshadowed the Australian Open. 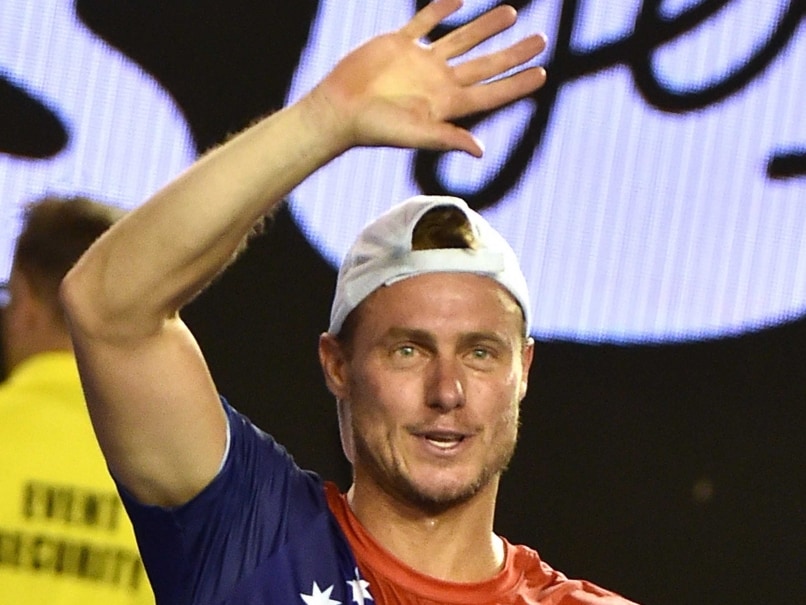 Lleyton Hewitt's singles career came to an end after he lost in the second round of Australian Open.© AFP
Melbourne:

Former world number one Lleyton Hewitt slammed match-fixing allegations as an "absolute farce" on Thursday as his emotional retirement at the Australian Open was tainted by the corruption claims which have rocked tennis.

Hewitt, after going down fighting to David Ferrer at his farewell tournament, rounded on an anonymous online blog linking his name to the explosive report which has overshadowed the year's first Grand Slam. (Hewitt, From Tearaway To National Treasure)

The 34-year-old Australian called it a "joke" and an "absolute farce" that he should be linked with the match-fixing allegations outlined by the original BBC and BuzzFeed report, which did not reveal any names.

"I think it's a joke to deal with it. You know, obviously, yeah, there's no possible way," said Hewitt, after exiting in the second round.

"I know my name's now been thrown into it. I don't think anyone here would think that I've done anything (like) corruption or match-fixing. It's just absurd.

"For anyone that tries to go any further with it, then good luck. Take me on with it. Yeah, it's disappointing. I think throwing my name out there with it makes the whole thing an absolute farce."

Hewitt's strong denial comes after top-ranked Novak Djokovic also rejected a claim aired in the Italian press that he deliberately lost a match in 2007.

The spiralling intrigue comes after the BBC and BuzzFeed said 16 unnamed players who reached the top 50 over the past decade had been suspected of repeatedly fixing matches, but never faced action.

Tennis is just the latest sport to be hit by controversy after athletics was engulfed in claims of a doping cover-up and football body FIFA suffered multiple scandals.

It cast a shadow over an emotional night for Hewitt, who bowed out 6-2, 6-4, 6-4 in the second round in combustible fashion, earning a code violation for swearing and calling the umpire a "frigging idiot".

Afterwards Hewitt, wearing a shirt decorated with the Australian flag, was joined on court by his three children while his wife, former soap opera actress Bec, looked on in tears.

"I gave everything I had, like always, and left nothing in the locker room and that's something I can always be proud of," Hewitt told the crowd.

Earlier Andy Murray made dealing with the world's fastest server look easy as he reached the third round alongside Ana Ivanovic, who was shaken by an elderly spectator's courtside fall.

Murray, faced with the record-breaking serve of the physically imposing Sam Groth, had all the answers as he won 6-0, 6-4, 6-1 in just 91 minutes against the flummoxed Australian.

Ivanovic went through 6-3, 6-3 against Anastasija Sevastova in a match which was held up for 30 minutes when an elderly fan was badly injured by a fall on some steps inside Rod Laver Arena.

"I felt really bad. I was really shaking, because the sound of the lady falling was really loud. I could hear it," said Ivanovic, who looked on anxiously as the patron received treatment.

Two-time champion Victoria Azarenka was the most impressive of the women's winners when she hammered Danka Kovinic 6-1, 6-2 to reach the third round for the loss of just three games in total.

Progression was less smooth for world number three Garbine Muguruza, who struggled through an error-strewn first set against Kirsten Flipkens before finding her touch and winning 6-4, 6-2.

China's Zhang Shuai had a 27th birthday to remember when she beat Alize Cornet to win only her second ever Grand Slam match, following her sensational upset of second-ranked Simona Halep in the first round.

Canada's Milos Raonic beat Tommy Robredo in unusual fashion when he secured victory with the only service break of the match -- after nearly three hours of play, and in the very last game.

Comments
Topics mentioned in this article
Lleyton Hewitt Tennis
Get the latest updates on IPL 2021, check out the IPL 2021 Schedule and Indian Premier League Live Score . Like us on Facebook or follow us on Twitter for more sports updates. You can also download the NDTV Cricket app for Android or iOS.