Rafael Nadal disposed of South Korean qualifier Chung Hyeon 6-3, 6-4, 6-2, having benefited from three days off after a second-round walkover. 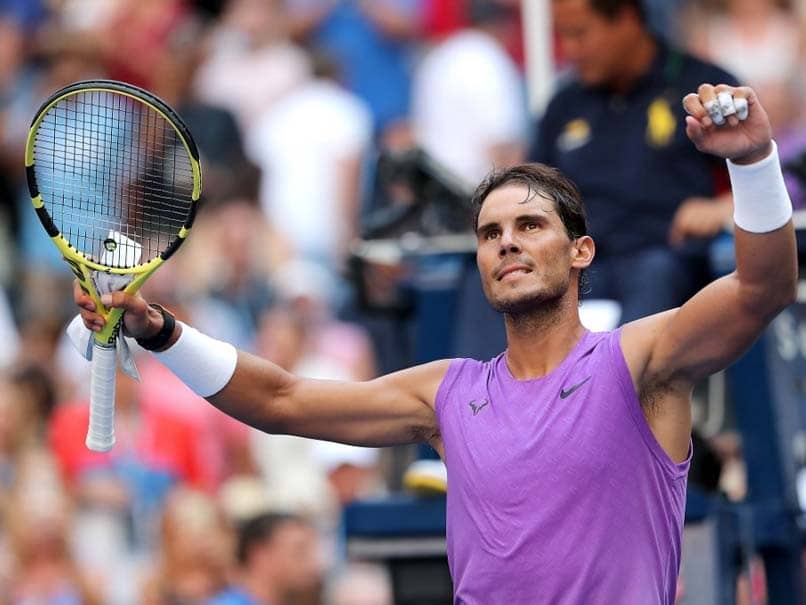 Rafael Nadal returned from an extended rest to cruise into the US Open last 16 on Saturday, while Bianca Andreescu rolled on ahead of a blockbuster showdown featuring defending champion Naomi Osaka and teen phenom Coco Gauff. Second seed Nadal, a three-time winner at Flushing Meadows, disposed of 170th-ranked South Korean qualifier Chung Hyeon 6-3, 6-4, 6-2, having benefited from three days off after a second-round walkover.

The Spaniard improved his record here against players outside the top 50 to 35-1 and will meet 2014 champion Marin Cilic or top US hope John Isner for a place in the quarter-finals.

"I'm happy to be in the fourth round for one more time. It was a good match," said Nadal, who quit with injury against Juan Martin del Potro during last year's semi-final.

"It's true last year I had some tough matches. You never know what's better or worse," he said of his serene progress this week.

"In the fourth round I have a tough opponent and need to be ready for this. I can't think further than that."

The 19-year-old, a winner at Toronto and Indian Wells this season, improved to 30-4 for the year despite missing much of the clay and grass portion with a shoulder injury.

"I think everything is just clicking with me," said Andreescu, into the second week of a major for the first time.

"I've been through a lot with injuries and have just taken everything I've learned from the past couple of years and brought it into this year."

Saturday's primetime clash on Ashe pits 15-year-old American Gauff, who made a fourth-round Wimbledon run in her Grand Slam debut, against 21-year-old Japanese star Osaka, the reigning US and Australian Open champion.

"I definitely think it's the future of women's tennis," 23-time Grand Slam champion Serena Williams said. "And I'm really excited to just be a fan girl and kind of watch."

Even world number one and defending men's champion Novak Djokovic can't wait to see what Gauff and Osaka do.

"Coco is definitely a new superstar of tennis. It's great to see her fighting spirit, her intensity," Djokovic said. "She's only 15. She brings so much maturity in her game for such a young age. It's very impressive."

American qualifier Taylor Townsend vowed to ride her surprise US Open run "all the way" after reaching the last 16 for the first time at a Slam.

"I didn't know that many people had my phone number," Townsend said when asked how she coped in the wake of her Halep upset.

"I made third round before but it was in another country. I got a lot of messages. It was a lot of love. My phone started dialing 911 by itself, I dont know what that was about. I just tried to keep my head on straight."

Nick Kyrgios and Andrey Rublev do battle in the nightcap at Arthur Ashe Stadium in a quarter that is wide open following the early exits made by fourth seed Dominic Thiem and Greece's Stefanos Tsitsipas.

Sixth seed Alexander Zverev, who has come through back-to-back five-set marathons, will fancy his chances of sticking around for week two with Slovenia's Aljaz Bedene standing between him and a place in the last 16.

Comments
Topics mentioned in this article
Rafael Nadal Naomi Osaka Tennis
Get the latest updates on IPL 2021, IPL Points Table , IPL Schedule 2021 , live score . Like us on Facebook or follow us on Twitter for more sports updates. You can also download the NDTV Cricket app for Android or iOS.