Rafael Nadal survived a scare in his opening US Open 2015 match but managed to hold on and win against Croatia's Borna Coric. 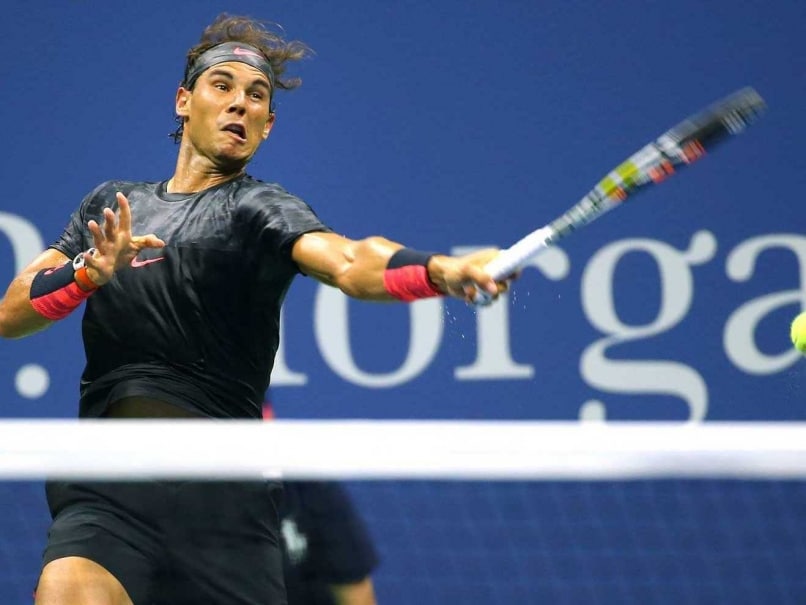 Rafael Nadal is still a long way from reclaiming the form that once made him the most feared player on the ATP Tour, but with a solid victory against a talented young player, he moved into the second round of the U.S. Open. (Day 1 recap in pics)

In his first U.S. Open match since his victory in the 2013 final, the eighth-seeded Nadal beat Borna Coric, 6-3, 6-2, 4-6, 6-4, in the last match of a busy opening day at Billie Jean King National Tennis Center. (The upsets on Day 1: Nishikori suffers heartbreak | Ivanovic stunned out)

Coric, an 18-year-old from Croatia ranked 33rd, had beaten Nadal last year in straight sets in Basel, Switzerland, and he is considered one of the promising young stars on the tour. Nadal, meanwhile, has struggled, and the U.S. Open is his last chance to win a major this year; he has not been shut out since he won his first FrenchÂ  Open title, in 2005. (Complete US Open 2015 coverage)

But he looked firm and determined Monday. With some terrific net play and typically tenacious defending, Nadal breezed through the first two sets in a little over an hour. Coric showed his talent by winning the third set, but Nadal secured the key break in the fourth.

At 0-15, with the fourth set at 3-3, Coric hit a forehand at a full sprint. Nadal lobbed it back, but Coric sent a tremendous overhead smash into the corner for a winner and gave a big fist pump afterward.

But Nadal did not falter. He broke Coric in that game, thanks in part to a terrific forehand return winner, to take a 4-3 lead, and he held serve from there.

Comments
Topics mentioned in this article
Rafael Nadal Borna Coric Tennis
Get the latest updates on IPL 2020, check out the IPL Schedule for 2020 and Indian Premier League (IPL) Cricket live score . Like us on Facebook or follow us on Twitter for more sports updates. You can also download the NDTV Cricket app for Android or iOS.