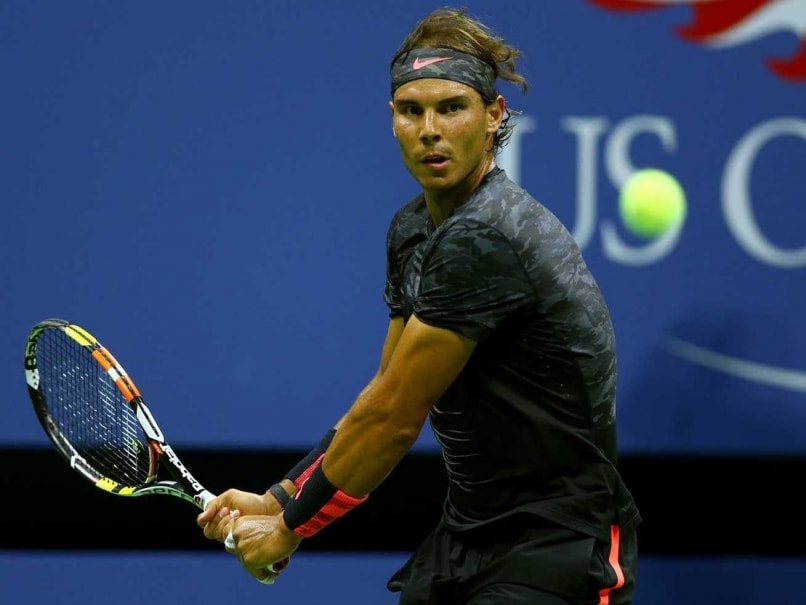 Rafael Nadal in action during his first round match of US Open 2015.© AFP
New York:

Two-time champion Rafael Nadal survived a scare at the hands of Croatian teenager Borna Coric to reach the US Open second round on Monday. (The upsets on Day 1: Nishikori suffers heartbreak | Ivanovic stunned out)

Eighth seed Nadal, the holder of 14 majors, goes on to face Argentina's Diego Schwartzman for a spot in the last 32.

Coric, the youngest player in the top 50, had won the junior title in New York in 2013 when Nadal was taking the senior event.

On Monday, the world number 33 showed flashes of the talent which helped him to a shock win over the former world number one in Basel last October.

But Nadal, playing at his lowest seeding since 2004, steadied the ship with a crucial break in the seventh game of the fourth set to lay the foundation for victory.

Comments
Topics mentioned in this article
Rafael Nadal Borna Coric Tennis
Get the latest updates on IPL 2020, check out the IPL Schedule for 2020 and Indian Premier League (IPL) Cricket live score . Like us on Facebook or follow us on Twitter for more sports updates. You can also download the NDTV Cricket app for Android or iOS.