Rafael Nadal has won the Roman clay-court tournament, normally played in May, a record nine times. 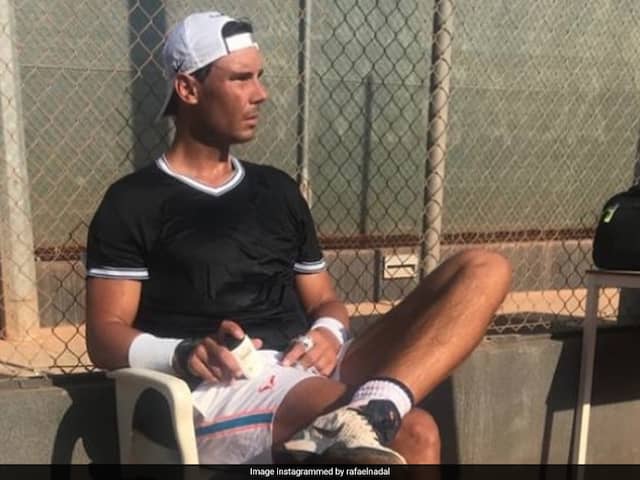 Rafael Nadal is preparing for his return to competition after a six-month break.© Twitter

Rafael Nadal, absent from the US Open, is preparing for his return to competition after a six-month break at the Foro Italico in Rome, the organisers of the Italian Open tweeted on Thursday. "Rafa Nadal is already here, doing his first training sessions," said the tournament's official account with a photo of the Spaniard, while videos posted by fans showed Nadal hitting on the statue-lined clay court with Stan Wawrinka. Nadal posted a photo of the clay with the statues in the background on his Instagram account with the caption, "Here we are!"

The Spaniard has won the Roman clay-court tournament, normally played in May, a record nine times. This year's event begins on Monday.

"It will be my first tournament after a very long period without playing," Nadal said on Tuesday.

His last tournament was in Acapulco at the end of February, where he won. He opted out of the ongoing US Open citing concerns over the coronavirus and slamming tennis's "barbaric" revised calendar.

The Rome tournament finishes six days before the French Open, which reigning champion Nadal has won 12 times and begins of September 27.

It features a stellar line-up of players including world number one Novak Djokovic, who was dramatically disqualified from the US Open on Sunday after striking a female lines judge with a ball.

Organisers said on Thursday that the men's entry list featured 19 of the world's top 20 players, with the only major absence the injured Roger Federer.