Brazil has been most affected by the outbreak that has spread rapidly through Latin America and the Caribbean, with 1.5 million people in the country infected since early 2015. 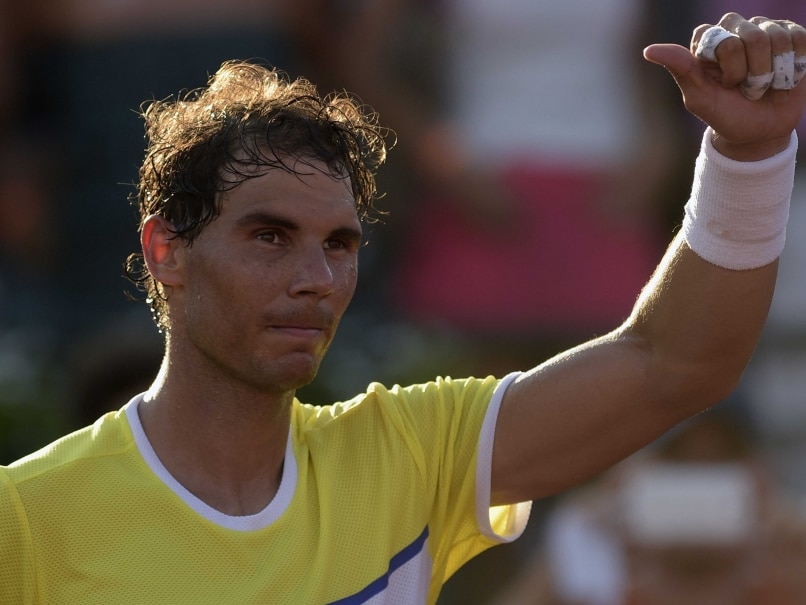 "If I get sick well then that's just bad luck," insisted the 14-time Grand Slam winner.

"I can see for myself that people here are going about their business as if everything was okay, so things can't be that bad.

"People are going to the beach, going out for walks, having dinner in restaurants," the world number five continued.

Ferrer, ranked sixth in the world, said he had been reassured by Brazil's efforts to wipe out the mosquitoes which carry the virus.

"We've been told that everything possible has been done so that there will be no mosquitoes, which is comforting," he said.

"We've been wearing long trousers at night but I'm not getting obsessed by the whole thing."

Brazil has been most affected by the outbreak that has spread rapidly through Latin America and the Caribbean, with 1.5 million people in the country infected since early 2015.

While it causes only mild flu-like symptoms in most people, scientists suspect when it strikes a pregnant woman, it can cause her baby to be born with microcephaly, or an abnormally small head.

"The whole thing seems to have been blown out of proportion," Nadal said.

"The reality is that we are here in Rio for an international tennis tournament and I'm here and I can see that everything looks totally normal," he insisted.

Brazilian President Dilma Rousseff on Saturday vowed that the virus would not jeopardize the Rio Olympics in August.

Comments
Topics mentioned in this article
Rafael Nadal David Ferrer Tennis
Get the latest updates on T20 World Cup, check out the T20 World Cup Schedule and Live Score . Like us on Facebook or follow us on Twitter for more sports updates. You can also download the NDTV Cricket app for Android or iOS.