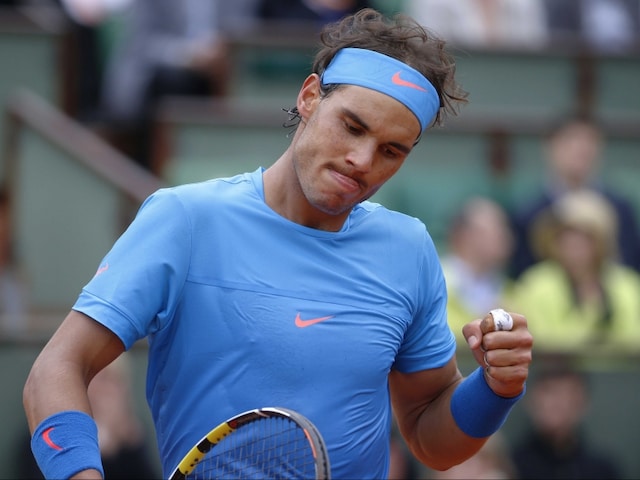 Nine-time champion Rafael Nadal breezed into the French Open third round on Thursday with a comfortable 6-4, 6-3, 6-1 win over fellow Spaniard Nicolas Almagro.

Sixth seed Nadal will face either Austria's Jurgen Melzer or Andrey Kuznetsov of Russia for a place in the last 16.

The victory was Nadal's 13th win over Almagro in 14 meetings.

Comments
Topics mentioned in this article
Rafael Nadal Nicolas Almagro Tennis
Get the latest Cricket news, check out the India cricket schedule, Cricket live score . Like us on Facebook or follow us on Twitter for more sports updates. You can also download the NDTV Cricket app for Android or iOS.