Agnieszka Radwanska was given a wild card berth to get into the Connecticut Open, claiming her second title of 2016 and the 19th of her WTA Tour 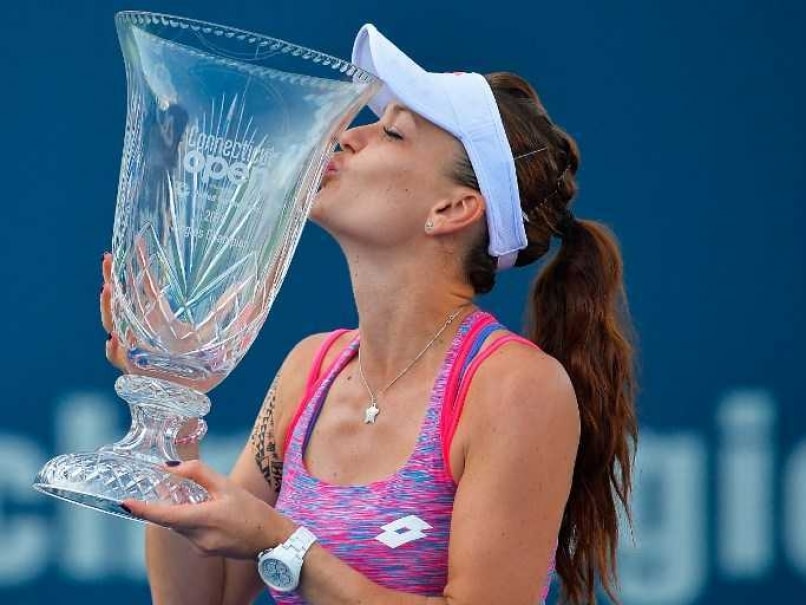 Agnieszka Radwanska held on for a 6-1, 7-6 (7/2) win over Elina Svitolina in Saturday's final of the WTA Connecticut Open, the last tune-up before the US Open.

The top seed and world number four Radwanska claimed her second title of 2016 and the 19th of her WTA Tour.

Radwanska was given a wild card berth to get into the tournament. She needed just 29 minutes to win the first set as Svitolina won just four points on serve all set long.

But the two traded breaks throughout the second set as Svitolina raised her level of play.

Poland's Radwanska staved off three sets points to send the second set into a tiebreaker.

She then won five consecutive points in the tiebreaker to claim the victory.

"Thank you so much to the tournament director Anne [Worcester], for giving me that wildcard," Radwanska said. "I definitely appreciate it, and I'll be back next year for sure."

Comments
Topics mentioned in this article
Agnieszka Radwanska Elina Svitolina Tennis
Get the latest updates on India vs England Series, India vs England , live score and IPL 2021 Auction . Like us on Facebook or follow us on Twitter for more sports updates. You can also download the NDTV Cricket app for Android or iOS.