Novak Djokovic will face another Frenchman, Gael Monfils, for a place in Sunday's US Open final after the 10th seed downed compatriot Lucas Pouille 6-4, 6-3, 6-3 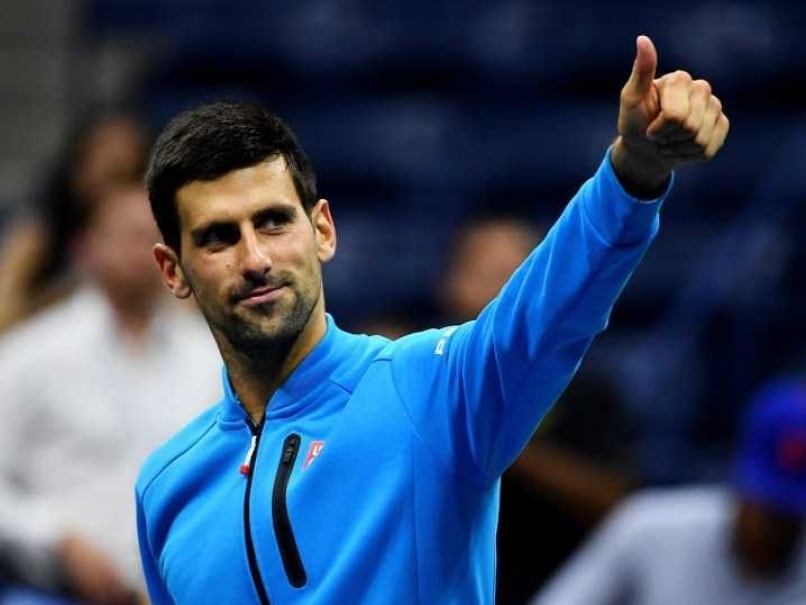 Novak Djokovic reached his 10th successive US Open semifinal and will face Gael Monfils next.© AFP

Defending champion Novak Djokovic reached his 10th successive US Open semifinal on Tuesday when Jo-Wilfried Tsonga retired from their quarterfinal match with a left knee injury while trailing 3-6, 2-6.

It was the third time in five matches that an opponent's injury has worked to Djokovic's advantage, after his walkover into the third round where Mikhail Youzhny retired after just six games.

Ninth-seeded Tsonga gave him more of a workout, but even before an apparent left knee injury began to trouble the Frenchman in the second set Djokovic had the match well in hand.

The Serbian world number one will face another Frenchman, Gael Monfils, for a place in Sunday's championship match after the 10th seed pummelled compatriot Lucas Pouille 6-4, 6-3, 6-3.

It was the first time in 89 years that three French men had reached the quarterfinals of the US championships.

Tsonga was the highest seed among them, but his challenge ended with a whimper.

Down two breaks at 2-5 in the second, he called for the trainer, wincing as his knee was manipulated.

After Tsonga opened the third set with a double fault he called a halt.

"I really wish Jo a quick recovery," Djokovic said. "He's a fighter, he's somebody that loves the big stage."

But Tsonga wasn't able to shine on that stage. Despite an entertaining array of shots, the longer the rallies went the more he missed, his unforced errors eventually climbing to 37.

He gifted a break to Djokovic with three double faults to fall behind 2-4 in the opening set, and while he regained the break he dropped his serve again in the next game and suddenly Djokovic was serving for the set.

A break for 2-1 in the second was the only opening Djokovic needed. He backed up the break with an emphatic hold at love, broke again for 5-2 and didn't face a break point in the second frame.

It was an encouraging performance for a player who arrived in New York off a third-round exit at Wimbledon and a first-round exit at the Rio Olympics.

Although he won the Toronto Masters, he pulled out of Cincinnati with a left wrist injury.

"I thought that I came out with the right intensity," Djokovic said.

"The quality of my game and level of performance has risen in last couple of days, which obviously encourages me prior to the last four.

"I put myself in a position again to be one match away from the finals. As the tournament progresses, I feel like I'm getting better."

In Monfils, 12-time Grand Slam champion Djokovic will face a player whose only prior semi-final run at a major came back in 2008 at the French Open.

Monfils was in control throughout against the 22-year-old Pouille, who was coming off an epic fifth-set tiebreaker win over 14-time major winner Rafael Nadal.

That marked the 24th-seeded Pouille's third straight five-setter. Whether it was a let-down after the biggest win of his career or sheer fatigue, his 44 unforced errors meant he never stood a chance against a dialed-in Monfils.

"Of course I was a bit tired today," Pouille said. "It would have been better if I played a bit less time on court. Gael was playing very good. He was better than me today."

Dictating from the baseline, Monfils took charge with seven of his 13 aces in the opening set, gaining the only break he needed in the seventh game.

Pouille conceded a break with a stream of errors to fall 1-2 down in the second, and a break of more than 15 minutes to close the new Arthur Ashe stadium roof, with Monfils up 4-3, did nothing to change the momentum.

After holding with back-to-back aces, Monfils broke the error-prone Pouille at love to take the set.

"I was lucky because I had a break so it was easy in my mind," Monfils said of coping with the delay. "I just felt so good (and) it was going to be even better because it was going to be indoors. I just kept going with my game plan."

One break was all he needed in the third, as he wrapped up the match without facing a break point.

The remaining quarterfinals take place on Wednesday with Wimbledon and Olympic champion Andy Murray of Britain facing sixth-seeded Kei Nishikori of Japan and third-seeded Stan Wawrkina of Switzerland facing Juan Martin del Potro, the 2009 champion whose career was nearly derailed by a series of wrist injuries.

Comments
Topics mentioned in this article
Novak Djokovic Jo-Wilfried Tsonga Gael Monfils Lucas Pouille Tennis
Get the latest updates on IPL 2021, IPL Points Table , IPL Schedule 2021 , live score . Like us on Facebook or follow us on Twitter for more sports updates. You can also download the NDTV Cricket app for Android or iOS.