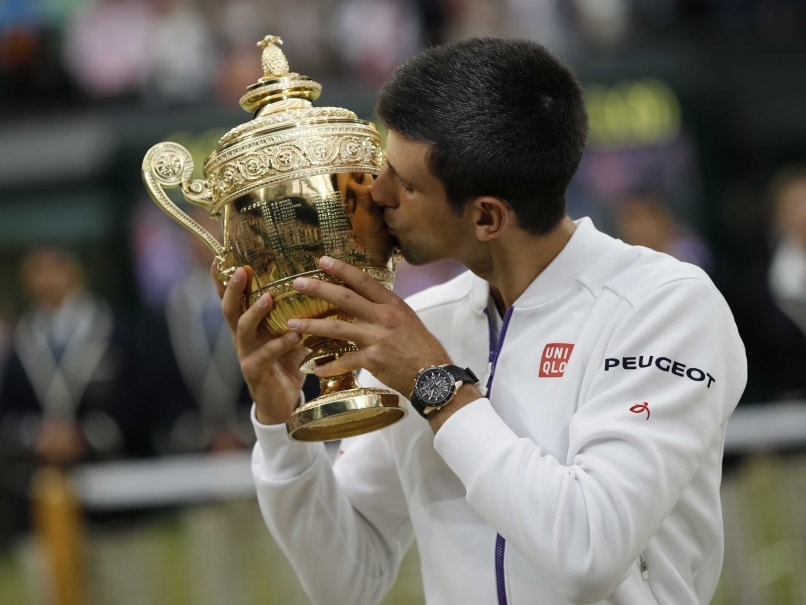 Djokovic ended 2015 with 11 titles, 82 wins and just six defeats in a haul which included three of the four majors -- the Australian and US Opens and Wimbledon. (Click here for latest Tennis stories)

His on-court earnings of $21 million swelled his career total to a mind-boggling $94 million while the 28-year-old Serb now has 10 Grand Slam titles amongst his 59 career trophies.

Djokovic won six of the nine Masters and topped it off with a fourth successive end-of-season World Tour Finals triumph in London.

"I'm very proud to have these achievements with my team," said Djokovic. "It's been a long season, but the best of my life."

Djokovic reached the final of every tournament he played with the exception of his 2015 bow in Doha where Ivo Karlovic stunned him in the quarter-finals.

From then on it was one-way traffic -- indoors, outdoors, hardcourt, clay and grass -- the Australian Open, Masters in Indian Wells, Miami, Monte Carlo and Rome and then Wimbledon, US Open, Beijing, the Shanghai and Paris Masters and London.

But Djokovic was still left with a case of 'what might have been' thanks to a single-handed backhand blitz delivered by Stan Wawrinka at Roland Garros where a 4-6, 6-4, 6-3, 6-4 defeat left him still seeking a first French Open and a career Grand Slam.

Wawrinka fired 59 winners past Djokovic who finished runner-up for the third time in four years. The defeat left him in tears.

Roger Federer, who hasn't added to his 17 majors since 2012 Wimbledon, continued to defy the critics.

Despite passing 34 in August, the Swiss reached the Wimbledon and US Open finals and handed Djokovic a rare defeat in the round-robin section of the World Tour Finals before the Serb swept to a comfortable revenge in the title match.

The Swiss ended the year at three in the world and then ended his two-year partnership with coach Stefan Edberg.

Andy Murray finished at two after a season which saw him win his first titles on clay, announced that he will become a father in February and guided Britain to a first Davis Cup in 79 years.

Meanwhile, 14-time Grand Slam winner Rafael Nadal may have lost his iron-grip on the French Open and suffer his worst rankings slump in a decade, but there were encouraging signs of life as the year ticked away.

He made the finals in Basel and Beijing and the semi-finals in London before ending 2015 back at five in the world.

The men's tour also endured a seedy controversy when controversial Nick Kyrgios was fined for an ugly sex slur aimed at Wawrinka in Montreal.

What Wawrinka did to Djokovic in Paris in June, unheralded Italian Roberta Vinci did to Serena Williams in New York in September.

Williams was looking to complete the calendar Grand Slam and win a 22nd major.

She looked on course for a routine semi-final win when she took the first set 6-2 against the 32-year-old, wafer-thin Italian who was playing in her first last-four clash at the highest level.

But from nowhere, the world number 43 raced through the next two sets for a famous win and a place in the final against fellow Italian and childhood friend Flavia Pennetta.

Pennetta triumphed for a first Grand Slam crown and promptly announced her retirement. 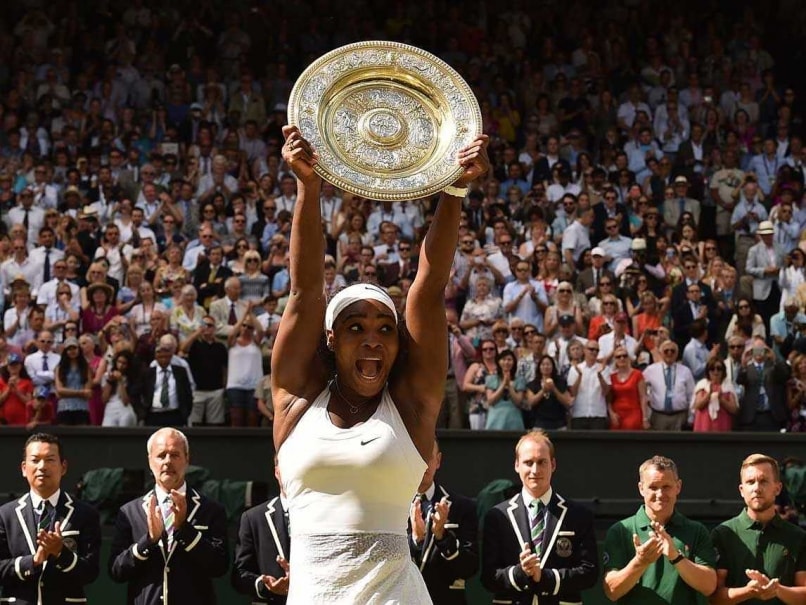 Williams was so stunned that she called time on her season, sitting out the last three months, an absence which helped Agnieszka Radwanska lift the WTA Championship title.

Williams was still the standout player of 2015, winning five titles in all, including the Australian and French Opens and Wimbledon.

Her record read 53 wins against just three losses and she finished as the year-end world number one for a fifth time and third consecutive season.

She also inflicted a 17th successive win over long-time rival Maria Sharapova in the Wimbledon semi-finals with the Russian star then forced to sit out the US Open with a leg injury.

Sharapova recovered her fitness to make a rare Fed Cup appearance in November's final against the Czech Republic but even her two singles wins weren't enough to prevent a 3-2 win for the Czechs.