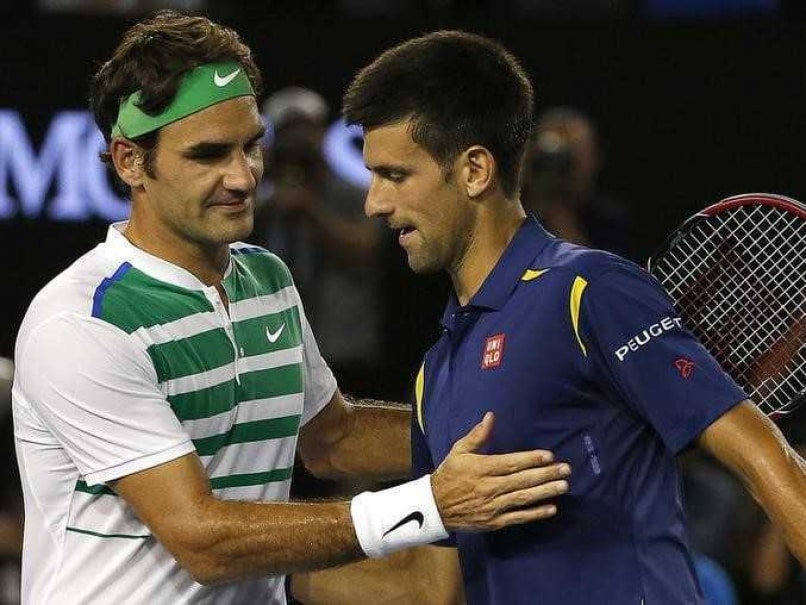 Novak Djokovic hit some spectacular shots and showed true grit to hold off a Roger Federer fightback as he reached the final of the Australian Open for the fifth time in six years with a 6-1 6-2 3-6 6-3 victory on Thursday.

For the first two sets, 17-times major champion Federer looked as powerless as Agnieszka Radwanska had earlier on the same court when the Pole was taken apart 6-0 6-4 by the reigning women's champion Serena Williams.

Federer restored some pride by taking the third set and made the champion work hard through some breathtaking rallies in the fourth before the Serbian took his place in a title decider against Andy Murray or Milos Raonic.

"These were probably the best two sets I've played against (Roger) over my career," said 28-year-old Djokovic, who will be bidding for a record-equalling sixth Australian Open title on Sunday. (You Think I'm Old! Roger Federer Insists He'll Beat Novak Djokovic Again)

"This was I think a different level than from before. I'm just very, very pleased that I was able to perform the way I did from the very beginning till the end." 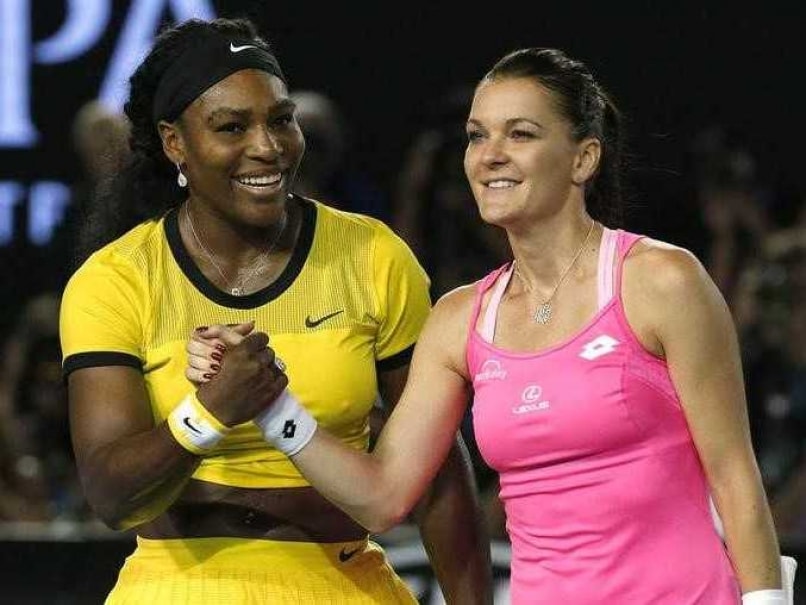 Williams was in similarly dominant form in her semi-final as she set up a date on Saturday with Germany's Angelique Kerber, who reached her first grand slam final by ending Briton Johanna Konta's fairytale run 7-5 6-2.

The 45th showdown between Djokovic and Federer, the best two hardcourt players of their generations, was always going to be the highlight of day 11 of the tournament.

Four days after he racked up 100 unforced errors in a messy fourth round win over Gilles Simon, Djokovic started brilliantly and played 55 minutes of near flawless power tennis to take a commanding two sets to nil lead.

With the crowd making clear their desperation for the Swiss to avoid a humiliating defeat, however, Federer managed to find another gear to his serve, charged the net more frequently and snatched the third set.

Now playing under a closed roof, Djokovic took some time to regain his level in the fourth but grabbed the crucial break for a 5-3 lead and served out comfortably to reach his fifth straight grand slam final.

"You've got to try and stop the bleeding at some point," said Federer. "It was tough to get back into it but I found a way and made something of a match of it. But clearly I'm still disappointed."

Williams's 20-minute first set against Radwanska was as short as Djokovic's start against Federer and only slightly less impressive because of the Pole's lack of grand slam pedigree.

"There was just no mistake," said fourth seed Radwanska. "Unbelievable serve. Everything, she was going for it. Yeah, I couldn't do much. Not at all, actually.

"I don't think anyone can really play on that kind of level at all."

Radwanska made the second set more of a contest but she had neither the power nor the skill to prevent the world number one marching on to her 26th grand slam final.

"I've always said that when I'm playing at my best, it's difficult to beat me," said 34-year-old Williams, who has won all six of her previous finals at Melbourne Park.

Kerber stands between Williams and a 22nd grand slam singles title, which would allow the American to match the record of the German's compatriot, childhood hero and mentor Steffi Graf.

The 28-year-old seventh seed raced to a 3-0 lead in the opening set of her match against Konta but the Briton shed her early nerves and won the next four games to get back on serve.

Kerber kept her own nerve, however, and secured a decisive break for 6-5 in the first set before overwhelming the world number 47 in the second.

"I've had a lot of ups, I had a lot of downs. I think the final cames to the right moment," said Kerber, the first German in the women's final at Melbourne Park for 20 years

"I am a top player right now. I've been working very hard in the last few years. Here I am. I'm in the final for my first time. I will for sure try and enjoy it."

Konta was the first British woman into the last four at the Australian Open for 39 years after a remarkable run on her main draw debut at Melbourne Park.

The Sydney-born 24-year-old had no complaints about her defeat, however.

"I played against a better player today who earned her right to a grand slam final," she said. "But I'm really taking a lot of positives out of it."