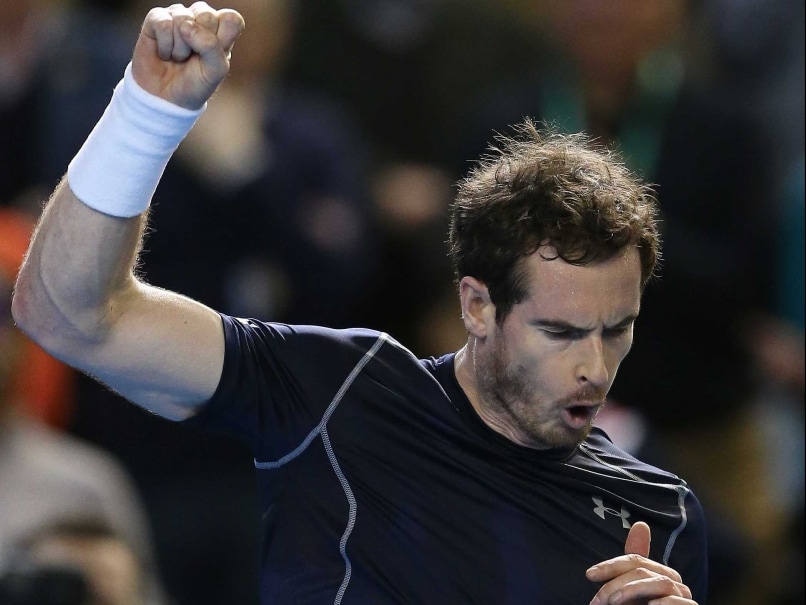 But their teams are still facing a weekend long battle to set-up that July duel after Kazakhstan and Japan fought back to level their respective first round ties on Friday.

World number one Djokovic showed no signs of the eye infection which brought his run of 17 successive finals to an end in Dubai last week as he brushed past Kazakhstan's Aleksandr Nedovyesov 6-1, 6-2, 6-3 in Belgrade.

Djokovic, who led Serbia to the 2010 Davis Cup title, required treatment on his left shoulder although it did not prevent him from securing an easy win over his 200th-ranked opponent.

"The shoulder is nothing and the eye infection is behind me so I am looking forward to playing the doubles on Saturday," said Djokovic.

Mikhail Kukushkin, the world 79, stunned 23rd-ranked Viktor Troicki 7-5, 6-2, 6-4 to level the tie at 1-1 as Kazakhstan kept alive their hopes of a fourth successive quarter-final appearance.

On Saturday, Djokovic and Nenad Zimonjic are due to take on Andrey Golubev and Nedovyesov in the doubles.

Serbia could face Great Britain in the quarter-finals and Murray did his best to keep that clash on track when he saw off Japan's world number 87 Taro Daniel 6-1, 6-3, 6-1 in just 90 minutes in Birmingham.

Nishikori suffered a miserable straight sets loss to Evans in the pair's only previous meeting in the US Open first round in 2013.

Murray was playing for the first time since losing to Djokovic in last month's Australian Open final, opting instead to spend time with new daughter Sophia, born on February 7, and wife Kim Sears.

"The last few weeks have been the best of my life, it's been really, really special," he told the BBC.

Murray and captain Leon Smith must now decide whether he plays Saturday's doubles alongside his brother Jamie, which proved a winning combination three times last year, or whether Jamie partners Dom Inglot. 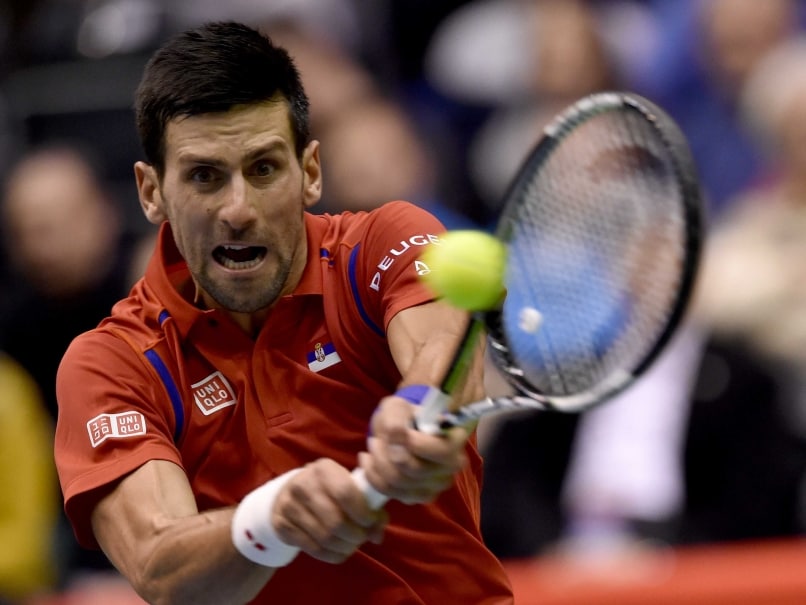 Novak Djokovic during his match against Kazakhstan's Aleksandr Nedovyesov in Davis Cup.

Australia's Bernard Tomic fought off a challenge from American Jack Sock to level their tie 1-1 in Melbourne.

Tomic looked to be heading for a comfortable victory, rolling through the opening two sets, before being forced to battle hard to win 7-6 (7/2), 6-3, 3-6, 6-4 on the grass surface of Kooyong.

The victory, in sweltering temperatures, was crucial for Lleyton Hewitt's Australians, who lost the opening singles rubber when Sam Groth went down to world number 11 John Isner 7-6 (7/2), 6-2, 6-2.

The winner of that tie will face either last year's runners-up Belgium or 2005 champions Croatia.

In Pesaro, Paolo Lorenzi won the longest tiebreak in Davis Cup World Group history to give Italy the lead over 2014 champions Switzerland, who are without Roger Federer and Stan Wawrinka.

The winner will face either Poland or Argentina, who are playing in Gdansk.

In Guadeloupe, Yannick Noah's first match in his second spell as France captain got off to a winning start when Gael Monfils eased past Frank Dancevic 6-3, 6-1, 6-3 and Gilles Simon beat Vasek Pospisil 7-5, 6-3, 6-3 for a 2-0 lead over Canada.

The winners face either Germany or the Czech Republic, champions in 2012 and 2013, in the next round.

Comments
Topics mentioned in this article
Novak Djokovic Andy Murray Tennis
Get the latest updates on ICC T20 Worldcup 2022 and CWG 2022 check out the Schedule, Live Score and Medals Tally. Like us on Facebook or follow us on Twitter for more sports updates. You can also download the NDTV Cricket app for Android or iOS.