10 Grand Slam titles, 3 of them in 2015, 7th on the all-time Grand Slam titles list - Novak Djokovic has done very little wrong in the past year. A win in the final Slam of the year has capped off a super 2015 in the most fitting fashion. 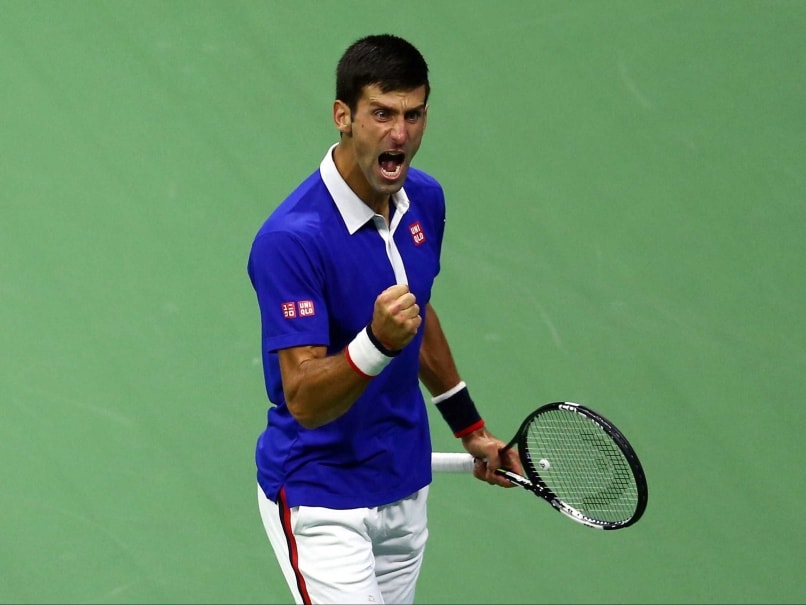 Novak Djokovic won his 10th Grand Slam title and his third in 2015, capping off a remarkable year© AFP
New York:

Novak Djokovic spent the eve of the US Open men's final watching the movie 300. Perhaps that was the perfect preparation for the Serb to get battle ready. For what faced him at Flushing Meadows on Sunday night was a vocally hostile crowd, a bloody and bruising match and an unparalleled champion across the net. Djokovic's US Open final against Roger Federer was no less than a mighty battle. One that he won in fairly comprehensive fashion.Â  (Novak Djokovic Beats Roger Federer To Win Second US Open Crown)

"When you are kind of finding that inspiration, motivation, these are the tournaments you dream of winning. It's been an incredible season. I'm very fortunate to experience a great success this year," said Djokovic after the final. (Greek Classic As Novak Djokovic Takes Inspiration From 300)

His 10th Grand Slam title puts the Serbian joint 7th on the list of Grand Slam winners, though well behind the only two other active players on tour - Federer and Rafael Nadal. (Novak Djokovic Eyes Higher Targets After 10th Grand Slam)

Though a hard court giant, the US Open has been one of the Serbian's major stumbling blocks, having lost 4 of 5 finals before this one. But then 2015 has been Djokovic's best year in recent memory. The 28 year old won 3 of the 4 Grand Slams this year, losing only the French Open to Stanislas Wawrinka. He joined Federer & Rod Laver as the only men in the Open era to reach all four major finals in a year. And he fell just one win short of the first calendar Slam in men's tennis since Laver in 1969.

His achievements in 2015 have even drawn praise from one of his biggest opponents, Roger Federer who said, "He's having an unbelievable career. Clearly he can win many of them. He already has a ton, so obviously he's got to stay healthy and hungry, but obviously you would think he will win more after tonight."

Sunday's 4 set win over 3 and a half hours saw Djokovic break the Swiss Maestro's serve six times and save 19 of 23 break points on his serve. A display of talent that prompted Wimbledon champion Goran Ivanisevic to say, "Djokovic is like a shark. If he smells blood, he attacks."

He may be stamping his authority on the tennis court but the same cannot be said of tennis fans who haven't quite embraced Djokovic in the manner they have Federer and Nadal, as evidenced by the highly partisan crowd in the US Open final. Djokovic also still has some way to go before he can be counted in the league of tennis greats.

However, with Rafael Nadal in rapid decline and Roger Federer a far cry from his heydays, the court is open for the taking.

Comments
Topics mentioned in this article
Novak Djokovic Roger Federer Tennis
Get the latest updates on IPL 2021, check out the IPL 2021 Schedule and Indian Premier League Live Score . Like us on Facebook or follow us on Twitter for more sports updates. You can also download the NDTV Cricket app for Android or iOS.