Nick Kyrgios Calls Time On Season Due To Elbow Injury

After withdrawing from the Kremlin Cup, Nick Kyrgios said he was heading home to prepare for the 2019 campaign. 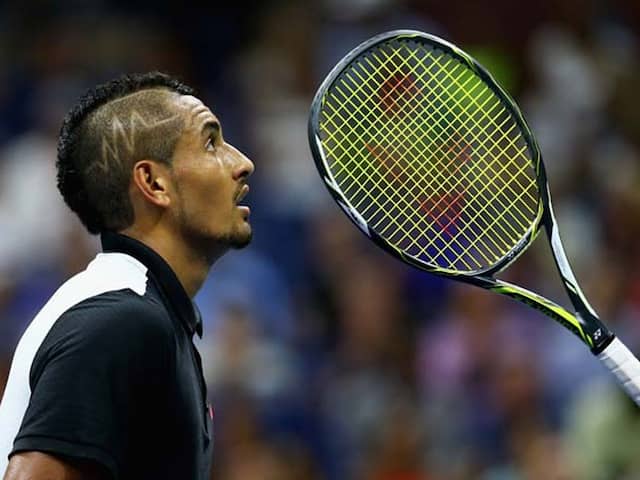 An elbow injury forced Nick Kyrgios out of the Kremlin Cup in Moscow. (File pic)© AFP

Australian firebrand Nick Kyrgios called time on his season Thursday after an elbow injury forced him out of the Kremlin Cup in Moscow. The world number 37, who had been playing on a wild card in Russia, said he was heading home to prepare for the 2019 campaign. "It's very unfortunate dealing with an ongoing elbow injury I dealt with at the start of the season," 23-year-old Kyrgios said in a statement. "It kept me out for a month or two. It started to bother me a little bit this week so I'm going to wrap up my season, head home and start the recovery. See you all in 2019."

Kyrgios's injury meant that Bosnia's Mirza Basic got a free pass into the quarter-finals where he will take on Russian third seed Karen Khachanov.

Kyrgios has endured another roller-coaster season. He captured a fourth career title in Brisbane in January before missing two months of the campaign, including the French Open, in the spring.

At the US Open, a perceived lack of effort led to umpire Mohamed Lahyani controversially coming down from his chair to give advice to the unpredictable Australian.

In Shanghai last week, he lost in the first round to American qualifier Bradley Klahn, the world number 104, with a performance which again sparked questions over his commitment.

Kyrgios has also lost his status as Australian number one to 19-year-old Alex de Minaur.

"It's my first professional tournament where I've got the opening-round bye," Medvedev said.

"That's why I was slightly nervous in the beginning. Luckily, I took myself under control quickly and gave him (Lajovic) only three games. In general I'm pleased."

In the WTA tournament, US Open semi-finalist Anastasija Sevastova, seeded fifth, battled back from a set down to oust Russian 34-year-old qualifier Vera Zvonareva 4-6, 7-5, 6-3.

"It's hard to play three-setters as I feel ache all over my body and have a sore throat but I keep on fighting," said Latvia's Sevastova.

In the semi-finals, Sevastova, at a career-high ranking of 11, will face another qualifier Ons Jabeur of Tunisia, who extended her winning run with a 7-5, 6-1 win over Estonia's eighth seed Anett Kontaveit.

"I've made it to the semis, why not to go straight to the title and have a big celebration here in Moscow?" Jabeur said.

In the other semi-final, Briton Johanna Konta, who overcame Aliaksandra Sasnovich of Belarus 6-2, 2-6, 7-6 (7/2), will meet sixth-seeded Russian Daria Kasatkina, who saw off compatriot Anastasia Pavlyuchenkova 6-4, 6-3.

Comments
Topics mentioned in this article
Tennis Nick Kyrgios
Get the latest Cricket news, check out the India cricket schedule, Cricket live score . Like us on Facebook or follow us on Twitter for more sports updates. You can also download the NDTV Cricket app for Android or iOS.