Instead of Nick Kyrgios and Bernard Tomic, World No.414 Thanasi Kokkinakis makes his return to the squad with World No.67 John Millman. 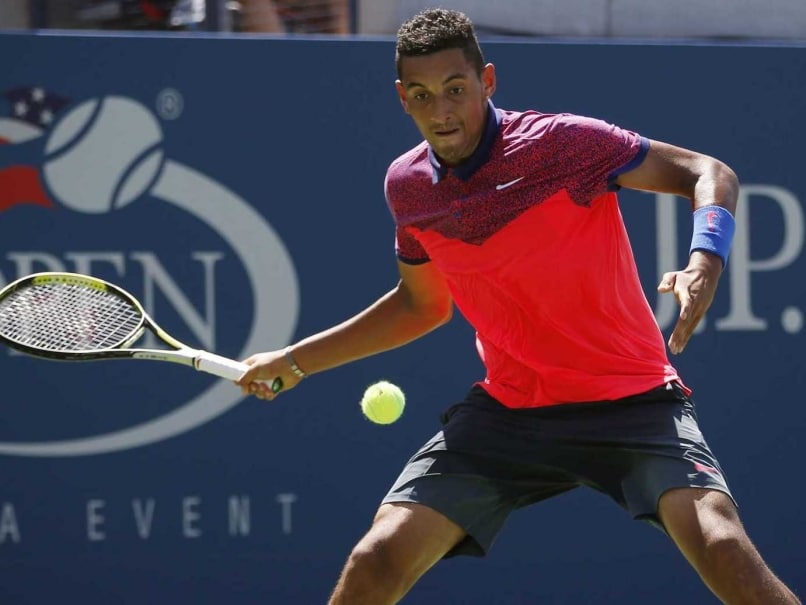 Instead, world No. 414 Thanasi Kokkinakis makes his return from shoulder surgery to book his spot alongside world No. 67 John Millman.

Former US Open champion and world No. 16 Sam Stosur heads the women's team for her fourth Olympics along with Russian-born Daria Gavrilova, who is currently ranked as world No. 56.

Stosur and Gavrilova will also play doubles, while John Peers and Chris Guccione will feature in the men's doubles.

Fiery world No.18 Kyrgios, who plays Andy Murray in the Wimbledon last 16 this week, pulled out of the Olympics last month citing "unwarranted attacks" on him by Olympic chiefs.

The 21-year-old is no stranger to controversy, frequently falling foul of tennis authorities.

He received a code violation at the French Open for shouting at a ball boy and waded into a new row at Wimbledon this week when he was heard labelling one of his own support team "retarded".

The volatile player has said it was a childhood dream to go to the Games, but accused the Australian Olympic Committee (AOC) of "unfair and unjust treatment of me".

"While I have received assurances from Tennis Australia that I will be nominated for the Olympic team, the AOC has chosen to publicly and privately disparage me," he said in June in pulling out of contention.

Australia's chef de mission for Rio, Kitty Chiller, rejected his claims, saying Kyrgios was never singled out and that she was just following the rules governing the behaviour of all team members.

"Someone needs to stand up," said Chiller, who confirmed the AOC had sent Krygios a 16-page letter chronicling his potentially disreputable conduct and asking him to "please explain".

World No. 19 Tomic has also been plagued by controversy, making headlines in May when he turned his racquet the wrong way to face a match point against Fabio Fognini in Madrid.

He later told his post-match news conference: "I don't care about that match point. Would you care if you were 23 and worth over $10 million?"

The Queenslander has not escaped the spotlight at this year's Wimbledon either, apologising after he used the word "retard" in a tournament press conference.