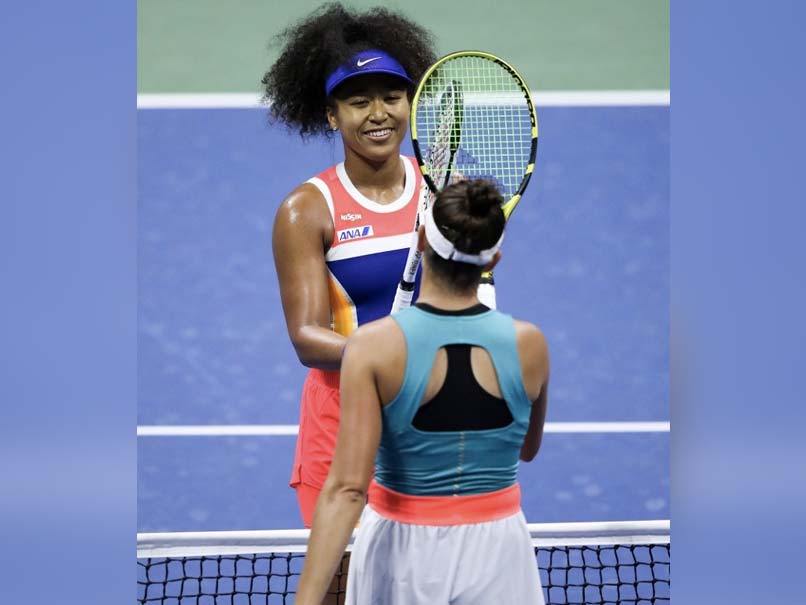 Fourth seed Naomi Osaka defeated 28th seed Jennifer Brady in a high quality three-setter to reach the US Open final on Thursday, crediting her run to a carefree attitude post-lockdown. The Japanese 2018 US Open champion overcame the 25-year-old American 7-6 (7/1), 3-6, 6-3 in 2hr 8min under the roof of Arthur Ashe Stadium. Naomi Osaka, 22, will play Victoria Azarenka in Saturday's final. "I just felt like I was sticking it out, it felt like we were trading serves," Osaka said of the semi-final tussle.

"I think I tried to adjust a little bit on her serve in the third set so maybe that helped," she added.

Brady, 25, had not dropped a set during her run to her first Grand Slam semi-final.

And the world number 41 went toe-to-toe with Osaka until the first set tie-break.

The players traded six held service games each before Osaka the world number nine took control of the tie-break.

At 2-1, Osaka won five points in a row, which included two unforced errors by Brady.

In set two the first seven games were held before Brady broke Osaka's serve to take a 5-3 lead.

She then successfully held to take the match to a deciding third set as the duo traded big serves with powerful forehand groundstrokes.

The breakthrough in the deciding set came game when Osaka broke Brady's serve in a fourth game that included a lucky net cord point for the Japanese.

Osaka then held her own to go 4-1 in front with the help of another net cord point.

Brady refused to go quietly though, forcing Osaka to hold twice to ensure the win and a second US Open final in three years.

"I kind of consider New York my second home. I really love the atmosphere," Osaka said.

"Even though sadly there's no people here, I really feel like this court really suits me well," she added.

"I just felt like I wanted to come out of quarantine being positive and not really caring if I win or lose," she said.

Osaka, of Haitian and Japanese heritage, walked onto the court wearing a facemask emblazoned with the name of Philando Castile, a black man who was shot dead by a police officer during a traffic stop in Minnesota in 2016.

The 2019 Australian Open champion is wearing different masks honoring victims of racial injustice and police brutality throughout the tournament.

Comments
Topics mentioned in this article
Naomi Osaka Tennis
Get the latest updates on ICC T20 Worldcup 2022 and CWG 2022 check out the Schedule, Live Score and Medals Tally. Like us on Facebook or follow us on Twitter for more sports updates. You can also download the NDTV Cricket app for Android or iOS.