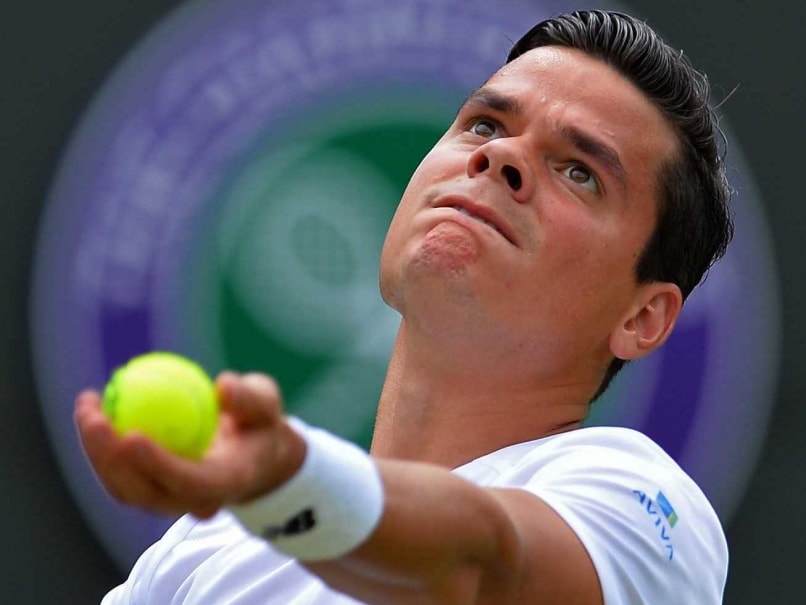 Canada's Milos Raonic recorded the third-fastest serve in Wimbledon history as he held off a gutsy fightback from the veteran German Tommy Haas to reach the third round on Wednesday.

The quickest serve at Wimbledon was by Taylor Dent at 148 mph in 2010, with Andy Roddick's 146 mph effort from 2004 the second fastest. (In Show of Strength, U.S. Women Collect Six Wins)

Haas had returned to the Tour last month after a year out following yet more shoulder surgery and his serve speed was significantly down on its usual level. But the German is a class act and after being walloped in the first two sets, raised his game well and almost forced a decider before Raonic snatched the fourth-set tiebreak 7-4 for victory. He will play Australia's Nick Kyrgios in round three. (Heather Watson Defies Death Threats to Shine)

"He was playing a lot more aggressively and was controlling a lot more in the third and fourth sets," Raonic said. "It was fortunate that I played well towards the end of the fourth set and could take my opportunity."

The first two sets were over in 53 minutes as Haas was unable to get a handle on the Raonic serve, making far too many unforced errors on his own serve. But the former Australian Open runner-up and world No. 2 worked his way into the match and took the third-set tiebreak 7-5 to extend the match. The fourth was nip and tuck throughout but though Haas saved three match points to hold serve for 6-6, Raonic moved up a gear in the tiebreak, clinching victory with a winning backhand pass.

Raonic beat Kyrgios on the way to his first grand slam semi-final here last year and said he would need to play well to get past the big-hitting Australian.

"It's going to be a tough match - he's playing well," he said. "My game's got a ways to go but today was significantly better than my first one and hopefully I'll improve again in the next one. I've got to take care of my serve and make the most of my opportunities."

Comments
Topics mentioned in this article
Milos Raonic Tommy Haas Tennis
Get the latest updates on IPL 2021, check out the IPL 2021 Schedule and Indian Premier League Live Score . Like us on Facebook or follow us on Twitter for more sports updates. You can also download the NDTV Cricket app for Android or iOS.