Cilic, ranked No.15, and Wawrinka (17) join two top-10 players Tomas Berdych and Janko Tipsarevic in the 32-man main draw of the tournament that is to be held from Dec 31 to Jan 6.

The six-feet six-inch tall Cilic won the singles titles in 2009 and 2010. He was the fourth seed last year, but suffered a patella tendon injury which ruled him out of the tournament as well as the season's first Grand Slam, the Australian Open. 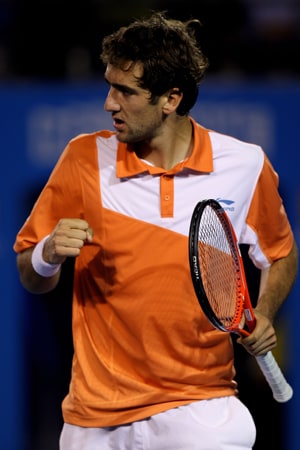 After recovering, the right-hander gained momentum by reaching the Munich final in April this year. In July and captured his eighth ATP World Tour title at the ATP Vegeta Croatia Open Umag.

The 24-year-old Cilic, who has begun five previous seasons in Chennai, registered his career high ATP ranking of nine February 22, 2010 with his best-ever performance in a Grand Slam, reaching the semi-finals in the 2010 Australian Open.

He won his first Chennai Open title in 2009 defeating India's Somdev Devvarman and followed it in 2010 beating Wawrinka in the final.

Cilic said in a statement: "I am delighted to be back in Chennai, especially since I could not participate in last year's event due to an injury. I have chosen to start my five previous seasons here and have had great success as a lead up to the Australian Open. It is always a pleasure to play in Chennai, a city that has grown to become a home away from home for me."

Wawrinka, who will be playing his fifth Chennai Open, is eyeing a winning start like in 2011. His greatest achievement till date was when he won the gold medal for Switzerland in the men's doubles event in Beijing Olympics, partnering multiple Grand Slam winning Roger Federer.

Hiten Joshi, CEO of Tamil Nadu Tennis Association, said: "It is a privilege to have Marin Cilic back for the 2013 edition. Also it will be good to see Wawrinka back in action this year.

"The crowds in Chennai love and support them as if they were local boys!"

Comments
Topics mentioned in this article
Tennis Vijay Amritraj Rafael Nadal Xavier Malisse Vishnu Vardhan Stanislas Wawrinka
Get the latest Cricket news, check out the India cricket schedule, Cricket live score . Like us on Facebook or follow us on Twitter for more sports updates. You can also download the NDTV Cricket app for Android or iOS.