Marion Bartoli Reckons India is Moving Ahead in World Tennis

Marion Bartoli insisted that Indian is on the right path, but fans needs to patient to see more results. 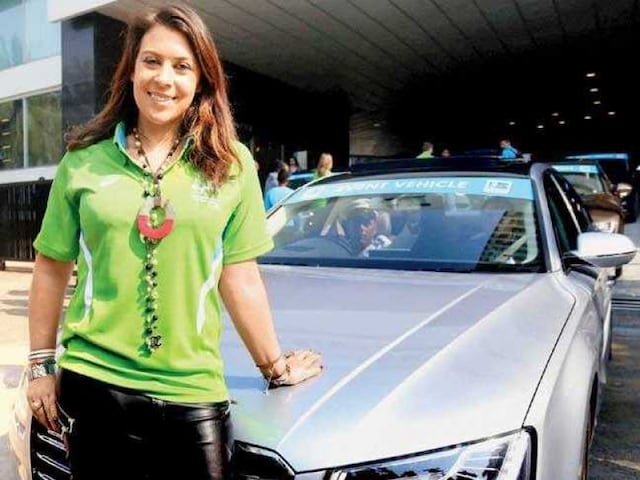 The 31-year-old was in the capital to launch the second edition of Rendezvous, a tournament for Indian boys and girls to earn a wild card for the junior French Open.

"It is a tremendous effort to promote Roland Garros, our Grand Slam. It's good to have these courts to understand the surface and technique. India is on the right path, you need to have patience. Everything has to be in place and AITA is doing a good job," Bartoli, who retired in 2013, said.

Asked what the Indian kids need to do to be successful on the physically demanding clay courts, Bartoli quipped that had she known the secret, she would have won the French Open. On a more serious note, Bartoli emphasised on building stamina.

"Stamina is very important, it's crucial to bring these clay courts. Why Spanish players are good at clay is because 95 percent of their courts are clay. You need to play more competitions," she said.

Talking about women's tennis, Bartoli, who now does commentary during Grand Slams, said women tennis has become much more competitive and interesting.

She said Serena Williams' rare defeat in a Grand Slam final -- Australian Open -- was a proof that women's tennis was growing.

"It was surprising to see Serena losing in a Grand Slam final. It's the first since she lost to Sharapova long time back. That is the beauty of the sport. For me it is a beautiful story, (Angelique) Kerber had the belief that she can win after taking inspiration from Stefi Graf.

"Overall it is much more interesting. You never know, the top seeds might go through and might not go through. Sometimes people say, there is lack of depth and sometimes they say, there is no rivalry. Some people are always unhappy. In men's also, there are only 5-6 guys who can win Grand Slams. In today's tennis, you will get less rivalries," she said.

Bartoli recalled her playing days when she was given "sponge balls to play so that she does not break everything in the house" and said support of the family was very important.

"I could have won more Grand Slam titles but won only one and that is one of the highest moments of my career."

Comments
Topics mentioned in this article
Marion Bartoli Tennis
Get the latest Cricket news, check out the India cricket schedule, Cricket live score . Like us on Facebook or follow us on Twitter for more sports updates. You can also download the NDTV Cricket app for Android or iOS.