Schnyder, the oldest ever player to make the main draw of a Grand Slam via qualifying, was outgunned by the five-time major champion in the first set and for the majority of the second. 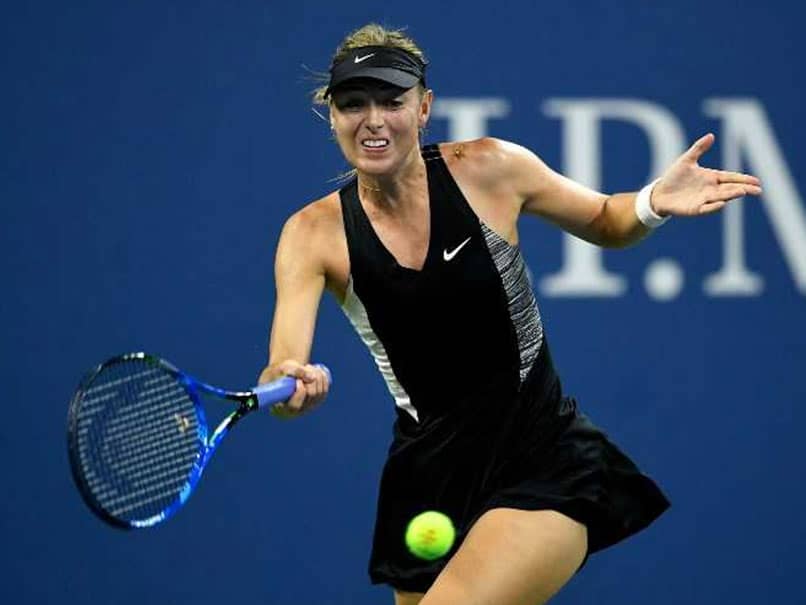 Maria Sharapova will face Romania's Sorana Cirstea for a place in the last 32.© AFP

Maria Sharapova shattered the fairytale return of 39-year-old Patty Schnyder at the US Open on Tuesday, winning a roller-coaster first round clash 6-2, 7-6 (8/6). Schnyder, the oldest ever player to make the main draw of a Grand Slam via qualifying, was outgunned by the five-time major champion in the first set and for the majority of the second. However, she bravely battled back from 1-5 down to 6-6, showing the sort of ability and court-craft which won her 11 titles and once took her to seven in the world rankings.

She even saved three match points in the tiebreaker before Sharapova's 23rd winner of the night sealed victory shortly before midnight.

"My average match against her is like two hours and 20 minutes so I knew I was in for a battle no matter what my story is or hers," said Sharapova who is now 21-0 in US Open night sessions.

"I knew we'd go out and relive the battles against each other.

"I know what a competitor she is and to come back on the tour is very admirable."

Left-hander Schnyder made her US Open debut in 1997, the year of the deaths of Princess Diana in Paris and Mother Teresa in Kolkata.

It was the year that Mike Tyson infamously nibbled on Evander Holyfield's ear while Twitter was still nine years away.

Tuesday's match was her first main draw appearance at the US Open since 2010 and her first against Sharapova in a decade.

Understandably there were a few nerves on both sides.

Sharapova, the 2006 US Open champion, served up three double faults in the first game with the opening four games of the contest all breaks of serve.

The Russian 22nd seed steadied the ship with two more breaks, pocketing the first set with Schnyder losing all four of her service games and failing to hit a single winner.

Schnyder finally held serve for 1-1 in the second set before retrieving the breaks to get to 5-5.

Sharapova will face Romania's Sorana Cirstea for a place in the last 32.