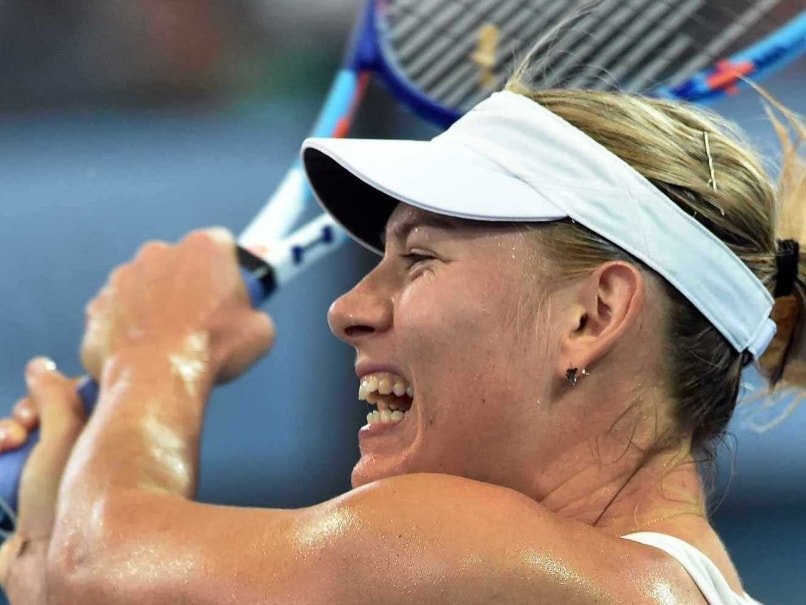 Top seeds Maria Sharapova and Ana Ivanovic booked their places in the semi-finals of the Brisbane International in vastly contrasting fashion on Thursday.

Sharapova was in ominous form on Pat Rafter Arena as she overpowered Suarez Navarro in just 68 minutes.

The top seeded Russian hit 32 winners in the match, 20 of those from forehands, as she set up a semi-final against unseeded Ukranian Elina Svitolina.

Sharapova was all business on Thursday against a player who beat her in 2014.

"I'm always a little bit aware of girls that I lose to. I certainly know that she's capable of playing really well, plays defence great and makes you hit a lot of balls," Sharapova said.

"Especially on a slower court like here, you just don't want to give her that much time.

"I thought I did a good job of that -- maybe made a little bit too many unforced errors in the beginning, but then got a good rhythm and finished strong."

The 20-year-old was staring a second round exit in the face when Kerber had a break point to go ahead 4-0 in the second set.

But the German hit a simple forehand long and Svitolina began to claw her way back.

"I was not really thinking about the score, I was just trying to play every single point as the last one," she said.

"That was the only thing I was thinking about, to find my rhythm to play, just rally with her."

Kanepi, the 2012 Brisbane champion, came out blazing in her quarter-final against Ivanovic.

She broke the Serbian's first three service games to lead 5-0 and 40-30 before faltering, surrendering her next two serves.

Ivanovic came storming back but Kanepi at last managed to hold to take the first set in 43 minutes.

However, the momentum had swung ever so slightly to the second seed, who levelled the match in a tight second set, then broke Kanepi once in the third to set up a semi-final against American Varvara Lepchenko.

"I was feeling the ball well at the start but I just missed some easy points and some put-aways," Ivanovic said.

"But I'm happy with the way I fought back and nearly got there. I was happy with my composure in the second.

"It was a great test, not only physically but also mentally."

Comments
Topics mentioned in this article
Maria Sharapova Ana Ivanovic Tennis
Get the latest updates on IPL 2021, check out the IPL 2021 Schedule and Indian Premier League Live Score . Like us on Facebook or follow us on Twitter for more sports updates. You can also download the NDTV Cricket app for Android or iOS.