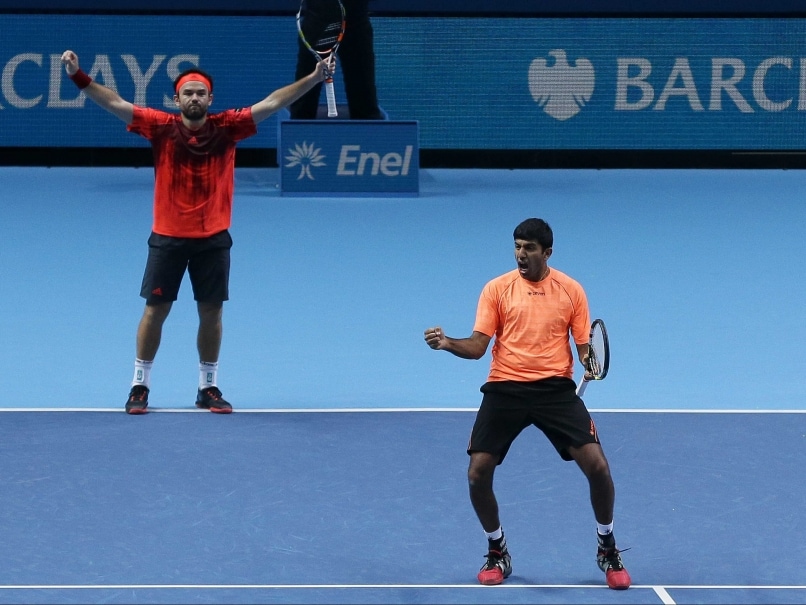 Rohan Bopanna and Florin Mergea breezed into the pre-quarterfinals of the Australian Open, while Mahesh Bhupathi made a second round exit with partner Gilles Muller on Friday. (Read More in Tennis)

Fourth seeded Indo-Romanian team was fluent in their 6-3, 6-2 win over Lukas Dlouhy and Jiri Vesely as they saved all the three break chances.

They broke the Czech team thrice, racing to the win in just 59 minutes.

Bhupathi and his partner from Luxembourg could not earn a single break chance in the match which was over in 53 minutes.

Meanwhile, Leander Paes and Martina Hingis' mixed doubles match against Russia's Anastasia Pavlyuchenkova and Dominic Inglot from Britain was cancelled due to rain.

Comments
Topics mentioned in this article
Mahesh Bhupathi Gilles Muller Bob Bryan Mike Bryan Tennis Rohan Bopanna Florin Mergea
Get the latest updates on ICC Women's Cricket World Cup 2022 and IPL 2022, check out the Schedule , Live Score and IPL Points Table. Like us on Facebook or follow us on Twitter for more sports updates. You can also download the NDTV Cricket app for Android or iOS.