The third seed beat New Zealand's Marina Erakovic 6-4, 6-3 to win the fifth title of her career. 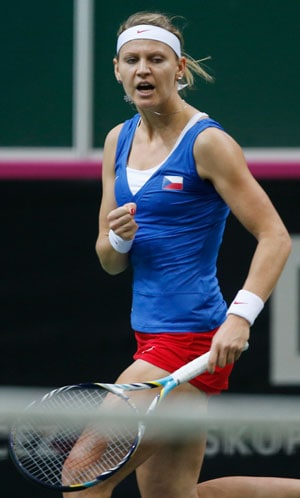 Safarova saved five of six break points she faced while winning five of six chances to crack Erakovic. Safarova connected on 66 percent of her first serves and broke in the last game to take the crown after 89 minutes.

Safarova, ranked 48th, captured her first title of the year and the fifth of her career. It was the 12th career final for the 26-year-old left-hander, who had lost in 2009 in her prior Quebec City championship match appearance.

The final was a rematch of their only prior meeting, a second-round encounter at the 2009 Australian Open in which Safarova edged Erakovic 9-7 in the third set.

Comments
Topics mentioned in this article
Tennis Aisam-Ul-Haq Qureshi Andy Roddick Leander Paes Lukas Dlouhy Rohan Bopanna Maria Sharapova Marina Erakovic
Get the latest updates on IPL 2020, check out the IPL Schedule for 2020 and Indian Premier League (IPL) Cricket live score . Like us on Facebook or follow us on Twitter for more sports updates. You can also download the NDTV Cricket app for Android or iOS.