Lleyton Hewitt singles campaign came to an end after he was beaten by David Ferrer 6-2, 6-4, 6-4 in second round of the Australian Open. 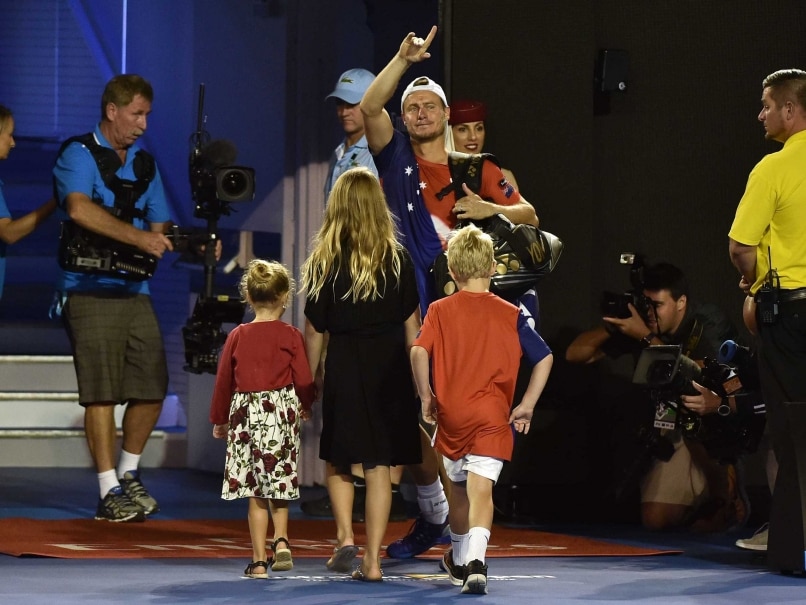 Australia's Lleyton Hewitt (centre) gestures as he walks off court with family members after defeat in his men's singles match against Spain's David Ferrer on day four of the Australian Open tournament in Melbourne.© AFP

Lleyton Hewitt has bid farewell to the Australian Open and to his singles career as a professional tennis player. (Ana Ivanovic Beats Mid-Match Drama to Stay Alive in Australian Open)

The 34-year-old Hewitt had said he would retire at this year's tournament and his last singles match came on Thursday when he lost in the second round to No. 8 David Ferrer 6-2, 6-4, 6-4.

In a battle between two gritty, combative players, Ferrer was relentless and for most of the match Hewitt was run all over the court as the vocal crowd cheered him on. (Lleyton Hewitt Likely to Retire After 2016 Australian Open)

He also twice received treatment from a trainer for a left thigh ailment and, true to form, berated the chair umpire late in the match.

He is still in the doubles draw with Australian partner Sam Groth.

Lleyton takes his last walk of champions as Ferrer advances to 3rd round #ausopen #hewbeauty https://t.co/aQdbHRvcVZ

Comments
Topics mentioned in this article
Lleyton Hewitt David Ferrer Tennis
Get the latest updates on IPL 2021, check out the IPL 2021 Schedule and Indian Premier League Live Score . Like us on Facebook or follow us on Twitter for more sports updates. You can also download the NDTV Cricket app for Android or iOS.