Leander Paes and Saketh Myneni went down fighting to Rafael Nadal and Marc Lopez in the doubles tie on Day 2 of the 2016 Davis Cup World Group play-off between India and Spain. Catch Davis Cup highlights here

Leander Paes, who is just a win away from overtaking Italy's Nicola Pietrangeli's 44-year-old record for the most number of doubles victories in the Davis Cup, will have to wait for some more time after him and Saketh Myneni lost 6-4, 6-7 (2), 4-6, 4-6 to Spain's Rafael Nadal and Marc Lopez on Saturday. Catch Davis Cup highlights here. (TENNIS NEWS) 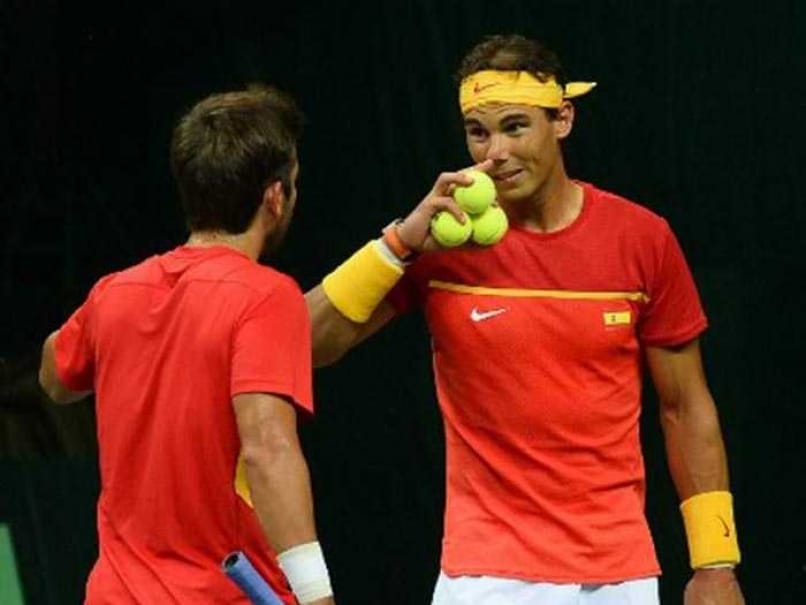 Rafael Nadal and Marc Lopez came back from a set down to beat Leander Paes and Saketh Myneni.

22:50 IST:Â That's it from us for today. Thank you for staying with us for the live coverage of the doubles match.

22:47 IST:Â "These guys fought tooth-and-nail. Marc and Rafa are great champions of the sport," Leander Paes showers praise on Rafael Nadal and Marc Lopez after the doubles defeat to the Spanish duo.

22:44 IST:Â "It was a very tough match. Leander is a great player," says Rafael Nadal after the win.

22:36 IST:Â Spain close in on victory as Leander Paes' serve is broken. Nadal to serve for the match now.

22:27 IST:Â Breath-taking tennis at the RK Khanna Stadium! Myneni shows great composure to save two break points. But Spain's brilliant baseline play see them claw back into the game and earn another break point, which they convert with some fantastic attacking display. The visitors will now serve at 3-4 in the fourth set.

22:08 IST:Â Some fantastic tennus in display here. Marc Lopez keeps his composure to hold his serve. The visitors trail 1-3 in the fourth set.

21:50 IST:Â Rafael Nadal holds serves as Spain clinch the third set 6-4 to lead two sets to one in the doubles tie.

21:32 IST:Â Spain take 4-2 lead in the third set after holding serve in the sixth game.

21:27 IST:Â India respond with an easy hold of serve to curtail Spain's lead to 3-2 in the third set.

20:55 IST:Â Leander Paes holds his serve. The second set is going into a tie-breaker.

20:48 IST:Â Marc Lopez holds serve, and Leander Paes will now serve to stay in the set.

20:42 IST:Â Saketh Myneni's serve is broken as Spain level up second set 5-5. It's still all to play for in this set!

20:21 IST:Â Rafael Nadal's serve doesn't seem to be on top gear today. However, he manages to hold in the fifth game of the second set. India continue to lead 3-2 in the second set.

20:10 IST:Â India grab early break in the second set. Leander Paes to serve with India leading 2-1 in the set.

20:06 IST:Â Spain and India hold serves in first two games of second set. It's 1-1 in the second set, with the first set already in India's bag.

19:48 IST:Â India level up proceedings as Leander Paes holds serve. It's 4-4 in the first set!

19:24 IST:Â Rafael Nadal is sitting with an ice pack to his head. It looks like a preventive measure, rather than an injury.

19:23 IST:Â Marc Lopez holds serve as Spain lead 2-1 in the first serve. No breaks of serves yet.

19:22 IST:Â Quite a treat for the tennis fans in New Delhi today.

19:20 IST:Â Rafael Nadal holds serve to give Spain the lead. Saketh Myneni responds with a comfortable hold to level up the score in the first set.

19:15 IST:Â Rafael Nadal on serve as the doubles tie starts in Delhi. Can India spring a surprise and stay alive in this Davis Cup World Group play-off tie?

19:10 IST:Â Rafael Nadal is being cheered by the Delhi crowd, even though they would want to see him on the losing side tonight. Quite a popular figure here, the Spanish tennis legend. 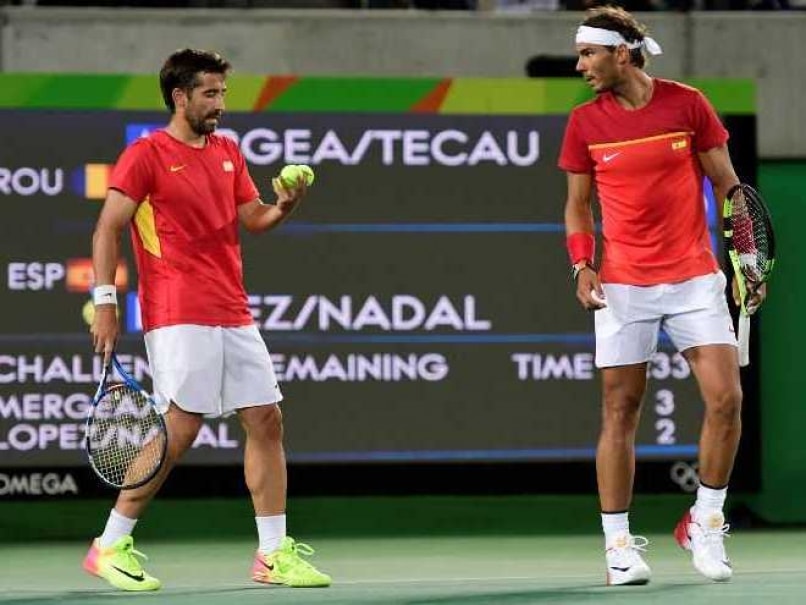 19:05 IST:Â The players are warming up on the court ahead of the match. India need to win to keep their hopes alive.Â

19:00 IST:Â The Spanish and Indian contingents enter the court to a raucous applause from the court. There are huge cheers for Rafael Nadal.Â

18:50 IST:Â Hello and welcome to our live coverage of the Davis Cup doubles tie between India and Spain. Rafael Nadal makes a surprise start for the visitors. He will partner Marc Lopez against India's Leander Paes and Saketh Myneni. 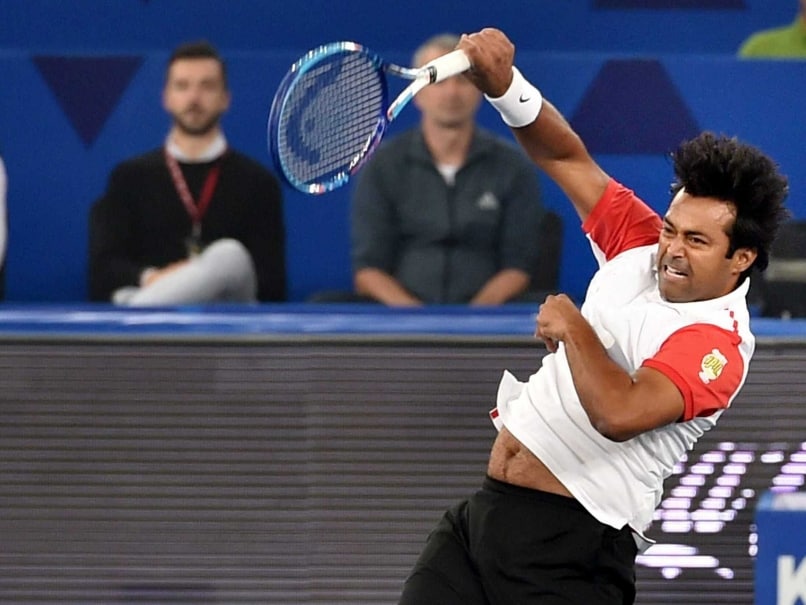 If India win on Saturday, Leander Paes will become the most successful doubles player in Davis Cup history.Â

A gritty Ramkumar Ramanathan showed a lot of fight before Saketh Myneni was blown away by David Ferrer as India trail 0-2 after losing both the singles matches on the opening day of Davis Cup World Group Play-off tie against Spain on Friday.

India will now have to win their doubles match to keep the tie alive against the five-time world champions Spain.

If India win the doubles match, Paes will become the most successful doubles player in Davis Cup history.

Paes, who is very experienced, has not been in top form in the men's doubles, while Nadal-Lopez won a gold in Rio Olympics.

Spain will look to finish off the tie with the victory in doubles on Saturday.