20:56 IST:Â That's it from us for today. Thank you for staying with us for the live coverage of the India vs Spain Davis Cup tie.

20:51 IST: And it's all over at the RK Khanna Stadium in New Delhi! David Ferrer breaks Ramkumar Ramanathan's serve yet again to win the match 6-2, 6-2. Spain have, in the process, completed a 5-0 whitewash over India in this World Group play-off tie. 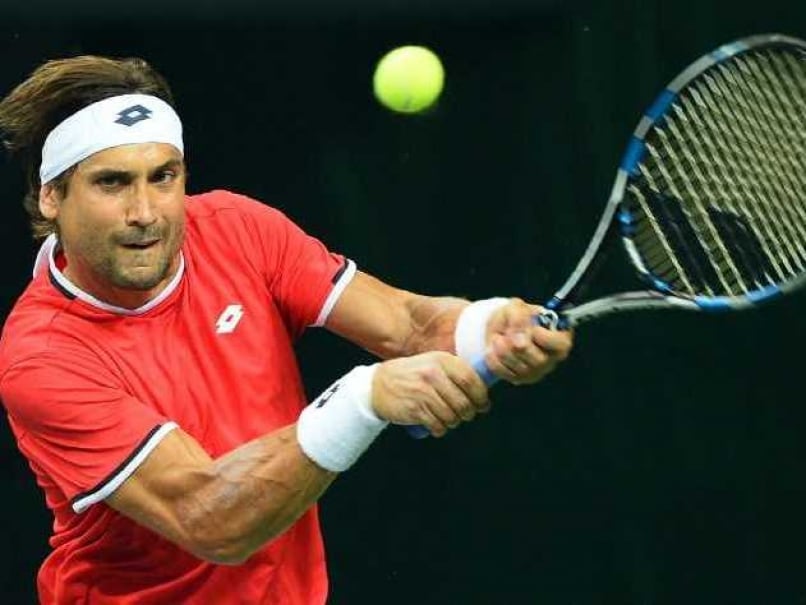 20:44 IST:Â David Ferrer holds serve to lead 5-2 in the second set. Ramanathan will now serve to stay in the match.

20:40 IST:Â And the victory is not far away for David Ferrer. He breaks Ramanathan's serve to lead 4-2 in the second set.

20:31 IST:Â Ramkumar Ramanathan holds serve to make it 2-2 in the second set.

20:23 IST:Â Ramkumar Ramanathan holds serve to level up the second set at 1-1.

20:18 IST:Â David Ferrer starts off the second set with an easy hold of serve.

20:11 IST: That's it in the first set! David Ferrer breaks Ramkumar Ramanathan's serve yet again to take the set 6-2.

20:00 IST:Â A comfortable hold of serve for Ramkumar Ramanathan. He trails David Ferrer 2-4 in the first set.

19:49 IST:Â Ramkumar Ramanathan breaks back! He trails David Ferrer 1-2 in the first set. 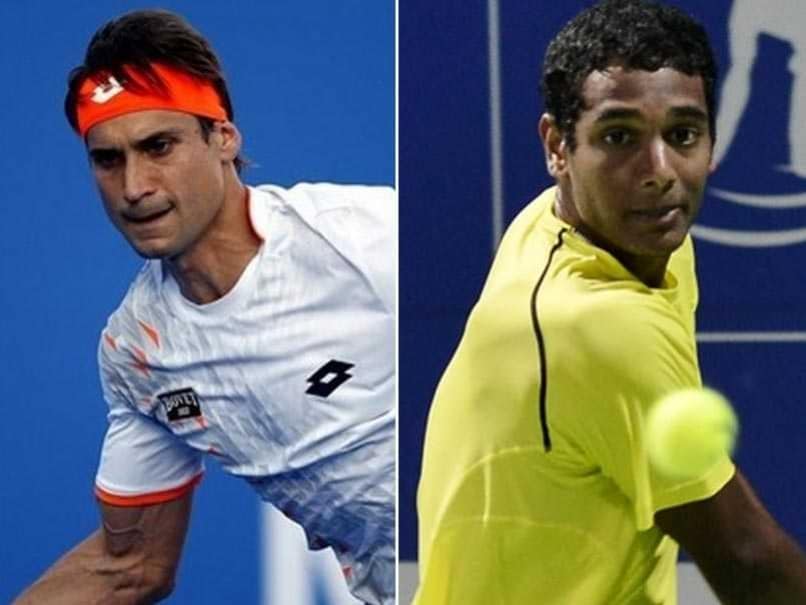 19:44 IST:Â A bad start for Ramanathan as his serve is broken by Ferrer. The latter will now serve at 2-0.

19:41 IST:Â David Ferrer starts off with an easy hold of serve. The Spaniard leads 1-0 in the first set.

19:30 hrs IST:Â Ramkumar Ramanathan and David Ferrer are warming up in the court ahead of the last match in this World Group play-off tie. Can Ramanathan help India avoid a whitewash here?

19:20 hrs IST: Ramanathan's match will start in a while. Stay tuned for live updates.Â

18:34 IST:Â A medical time-out has been taken by Sumit Nagal, who seems to be struggling with stomach cramps. 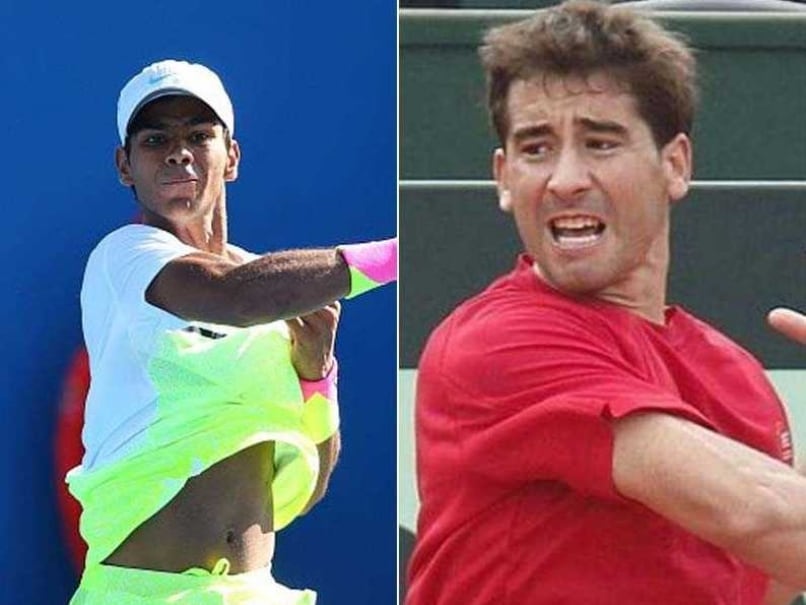 Sumit Nagal bounced back in style to win the second set vs Marc Lopez 6-1.

18:22 hrs IST: Lopez broken in the very first game of the third set.Â

18:16 hrs IST: A forehand winner from Nagal to win the second set 6-1. What a comeback from the 19-year-old! We're into the decider now.Â

18:05 hrs IST: Wow! Nagal breaks Lopez for first time in the match to give India 3-1 lead in the second set. Just the opening Nagal would have wanted!Â

17:49 hrs IST: That initial break from Lopez proves to be the difference as he wins the first set 6-3. Â

17:39 hrs IST: Lopez sends his forehand into the net and Nagal gets a break point.Â

17:31 hrs IST: Another hold for Lopez and he is 4-1 up in the first set. The Spaniard coming along nicely!Â

17:21 hrs IST: Three break points saved by the Spaniard. On the verge of extending his lead.Â

17:05 hrs IST: Both the players are warming up on the court ahead of the match. As always, huge cheers for Rafa Nadal!Â

17:01 hrs IST: Nagal has won the toss and Lopez will serve first.Â

16:56 hrs IST: Since these two matches are dead rubbers, both will be contested over the best of three format.Â 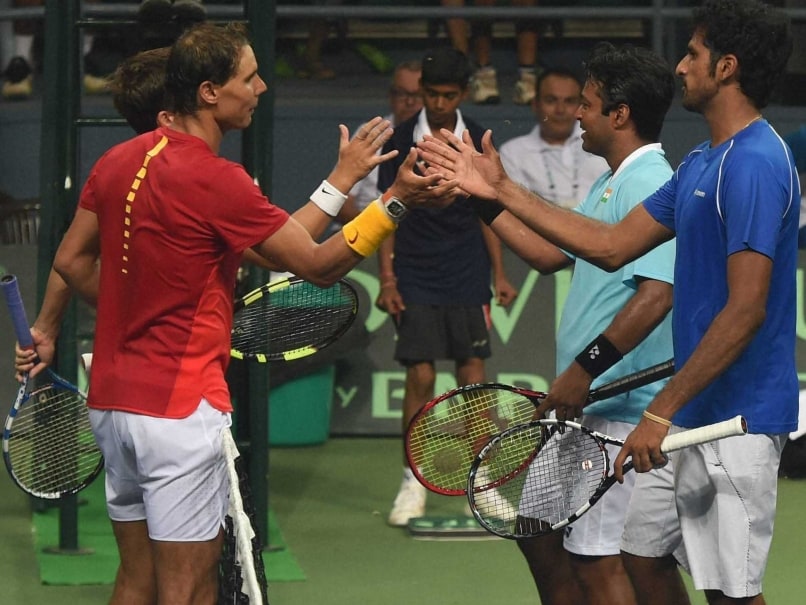 Leander Paes and Saketh Myneni put on a valiant show against the duo of Rafael Nadal-Marc Lopez on Saturday.Â

Rafael Nadal and Marc Lopez, who won the men's doubles gold at the 2016 Rio Olympics, helped Spain clinch the tie 3-0 against India to remain in the elite World Group as India will once again play in Asia/Oceania Group 1.

Nadal shrugged off early rustiness on Saturday as he and Lopez served past the Indian duo of Leander Paes and Saketh Myneni 4-6, 7-6, 6-4, 6-4 in the doubles rubber.

With nothing to lose, Nagal and Ramkumar will aim to perform to the best of their ability on Sunday and give India something to cheer about.

Comments
Topics mentioned in this article
Saketh Myneni Ramkumar Ramanathan Rafael Nadal Feliciano Lopez Marc Lopez David Ferrer Leander Paes Tennis Live Blogs Live Score
Get the latest updates on India vs Australia Series, check out the India vs Australia Schedule for 2020-21 and Ind vs Aus live score . Like us on Facebook or follow us on Twitter for more sports updates. You can also download the NDTV Cricket app for Android or iOS.