Li Na will go up against another tennis legend, Serena Williams, for the women's award. 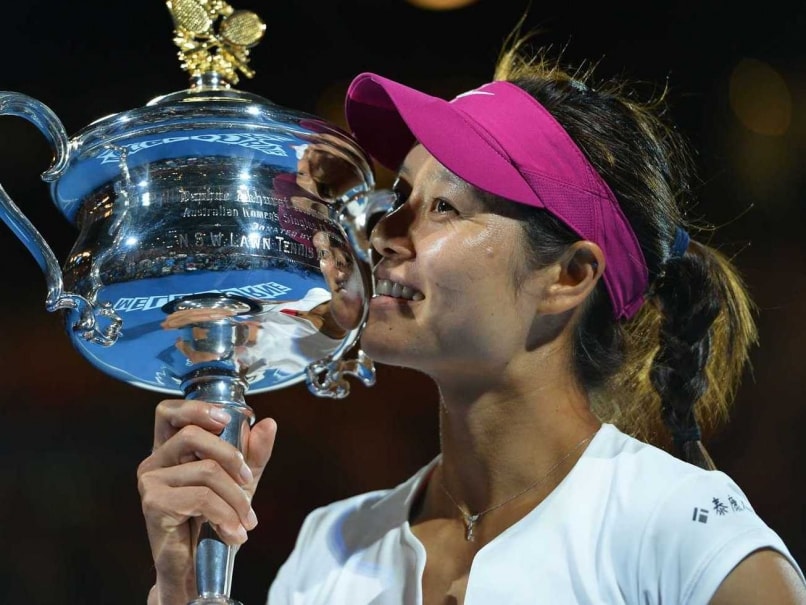 Recently retired Chinese tennis star Li Na will enjoy home court advantage as she vies for sportswoman of the year when the premier Laureus World Sports Awards take place in China for the first time in April.

Li Na will go up against another tennis legend, Serena Williams, in a six-woman field, organisers said on Wednesday.

The holding of the awards ceremony in the commercial hub of Shanghai comes as Beijing bids for the 2022 Winter Olympics, amid rumours that China could even seek to host the 2026 football World Cup.

Although China is a Summer Olympics powerhouse, only three Chinese athletes or teams have won Laureus World Sports Awards: NBA basketball star Yao Ming, hurdler Liu Xiang and the Chinese Olympic team for the 2008 Games -- which were held in Beijing.

"I'm sure we are going to see more (Chinese winners) in the years ahead. Who knows? Could be this year," double Olympic champion Edwin Moses told reporters as the nominations for 2015 were announced.

For the men, footballer Cristiano Ronaldo will test his skills against number one golfer Rory McIlroy and Formula One motor racing champion Lewis Hamilton.

Ronaldo's club, Spain's Real Madrid, is in the running for team of the year, up against another football success story, the German men's team which won the FIFA World Cup.

Others in the running for the sportsman award are top tennis player Novak Djokovic and World MotoGP title-holder Marc Marquez, as well as France's Renaud Lavillenie, who broke a 21-year-old world record for the pole vault last year.

A selection panel of sports journalists makes the initial selection to create a shortlist for the awards and then a 50-member "jury" of athletes votes to pick the winners, which this year will be announced on April 15.

Comments
Topics mentioned in this article
Na Li Tennis
Get the latest updates on IPL 2021, check out the IPL 2021 Schedule and Indian Premier League Live Score . Like us on Facebook or follow us on Twitter for more sports updates. You can also download the NDTV Cricket app for Android or iOS.