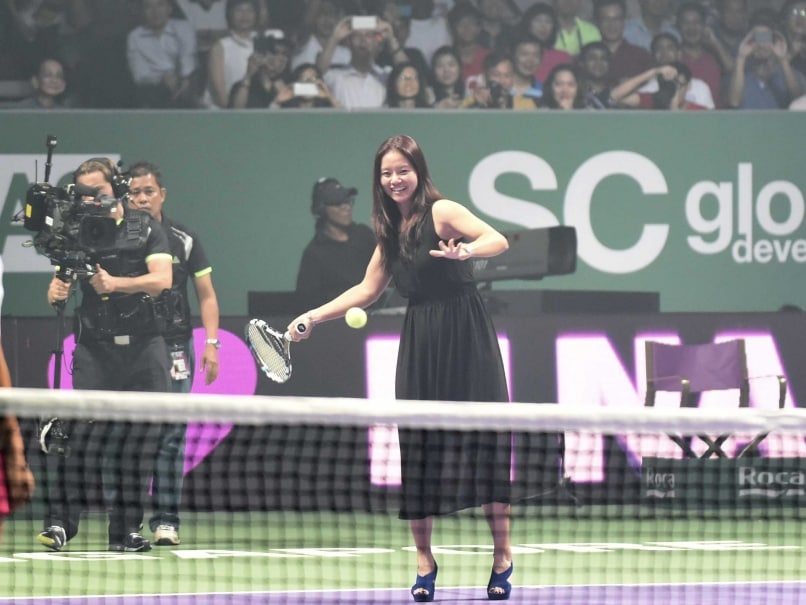 Li Na hit the serve at the end of a gala opening ceremony.© AFP
Singapore:

Retired Chinese star Li Na opened the WTA Finals in Singapore with a ceremonial first serve on Monday. (Also Read: A World of Sports is Coming to Asia)

Li, wearing high heels and a flowing black evening dress, hit the serve at the end of a gala opening ceremony watched by thousands of fans.

The 32-year-old Australian Open champion had been expected to headline the eight-player event before she retired from tennis last month.

World number one Serena Williams, who is trying to win her third straight title at the year-ender, will play the first match against Ana Ivanovic.

Comments
Topics mentioned in this article
Na Li Serena Williams Tennis
Get the latest updates on IPL 2021, check out the IPL 2021 Schedule and Indian Premier League Live Score . Like us on Facebook or follow us on Twitter for more sports updates. You can also download the NDTV Cricket app for Android or iOS.