Li Na Always Dreamed of Being a Stay-Home Mum

Li Na, The two-time Grand Slam winner, hugely popular at Melbourne Park where she won the title last year and reached the final in 2011 and 2013, unexpectedly retired in September. 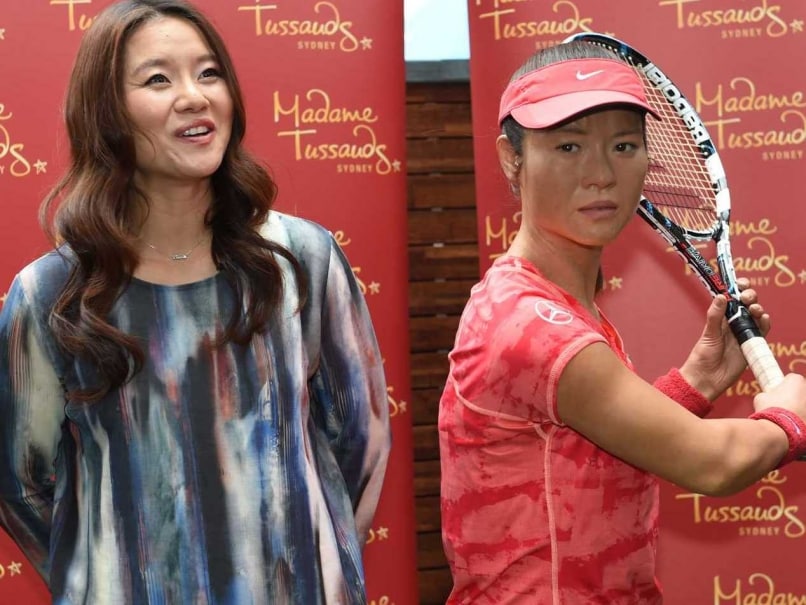 Li Na posses with a wax statute of hers in Sydney ahead of the Australian Open.© AFP

Pioneering Chinese tennis star Li Na Tuesday said she has long wanted a child and to be a stay-at-home mum after announcing she was pregnant at the Australian Open. (Also read: Djokovic in cruise mode | Defending champion Wawrinka in 2nd round)

The two-time Grand Slam winner, hugely popular at Melbourne Park where she won the title last year and reached the final in 2011 and 2013, unexpectedly retired in September. (Wozniacki through | Nishikori wins)

"I think it's a very tough decision for me to make, saying goodbye to tennis," she said. (Rafael Nadal's new racquet comes with a power switch)

"But my dream is be a housewife. I think every child they learn from the family. I learned from my mum, so I was feeling the woman has to be like housewife.

"I guess I was not bad at tennis, so I was feeling, okay, tennis can take care of a lot. But I think now is the time to turn back."

Li announced her pregnancy on Monday in front of 15,000 cheering fans on Rod Laver Arena, where she has been a guest of honour, saying she was hoping for a daughter.

Li, who won nine titles in her career, is credited with introducing tennis to the masses in China.

She became a sporting pioneer in her homeland when she decided to break from the state sports system in 2008 with a group of up and coming players, in a move dubbed by local media "fly alone".

The move meant she was able to choose her own coaches and keep most of her winnings rather than giving them to the government.

Despite her fame and fortune, Li said she would not be pushing her child onto the tennis courts.

"Tennis is my job, it's not their job, you know," she said. "Everyone has (their own) personality. I just wish them to be happy and healthy."

Comments
Topics mentioned in this article
Na Li Tennis
Get the latest updates on IPL 2021, check out the IPL 2021 Schedule and Indian Premier League Live Score . Like us on Facebook or follow us on Twitter for more sports updates. You can also download the NDTV Cricket app for Android or iOS.