Leander Paes, seven-time Olympian and 18 Grand Slams winner will be India's biggest attraction in doubles and he has been seeded third with Brazilian partner Andre Sa at Chennai Open 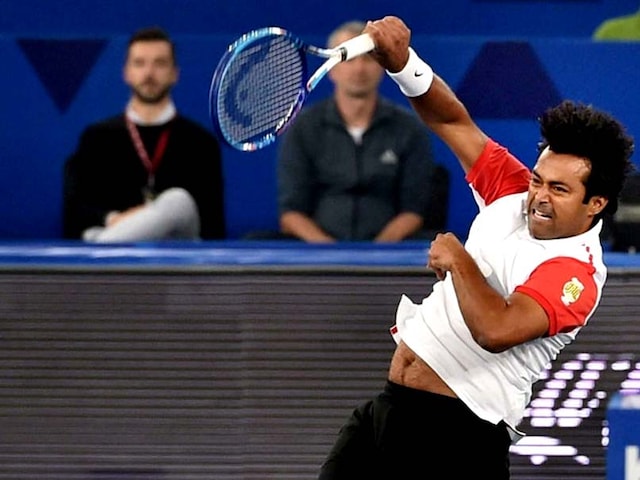 Leander Paes is the only Indian tennis player to win an Olympics medal.© PTI

Four Indian pairs apart from veteran Leander Paes will compete in the doubles championship of the ATP Chennai Open as the organisers on Wednesday awarded wild cards to four leading players from the country.

India's number one singles player Saketh Myneni has been given wild card along with Ramkumar Ramanathan. The other wild card has been given to the pair of N Sriram Balaji and national champion Vishnu Vardhan.

Rohan Bopanna and Jeevan Nedunchezhiyan will lead India's challenge as seventh seeds in the ATP 250 event, beginning at the SDAT Tennis Stadium in Nungambakkam on January 2.

Bopanna, ranked 28 in the world had partnered Nedunchezhiyan earlier this year for the Chengdu Open in China, where they reached the quarterfinals.

The other Indian pair which has got direct entry is of Purav Raja, world number 65 and Divij Sharan (63rd ranked).

Paes, seven-time Olympian and 18 Grand Slams winner will be India's biggest attraction in doubles and he has been seeded third with Brazilian partner Andre Sa.

Jonathan Erlich of Israel (ranked 51) and Scott Lipsky of the United States of America (ranked 48) will begin the season opener as the top seeds and favourites for South Asia's only ATP world tournament.

Comments
Topics mentioned in this article
Leander Paes Saketh Myneni Tennis
Get the latest Cricket news, check out the India cricket schedule, Cricket live score . Like us on Facebook or follow us on Twitter for more sports updates. You can also download the NDTV Cricket app for Android or iOS.